Bottom line: Banxico minutes revealed a pessimism over the inflationary outlook of most members stressing that balance of risk is biased to the upside, which justifies new hikes. However, the magnitude of the next hike shall be evaluated according to the prevailing conditions. We believe that a final 50bps hike in December to 10.5% would be enough to guarantee inflation convergence towards the target but the odds for a terminal rate 10.75% or 11% are increasing. 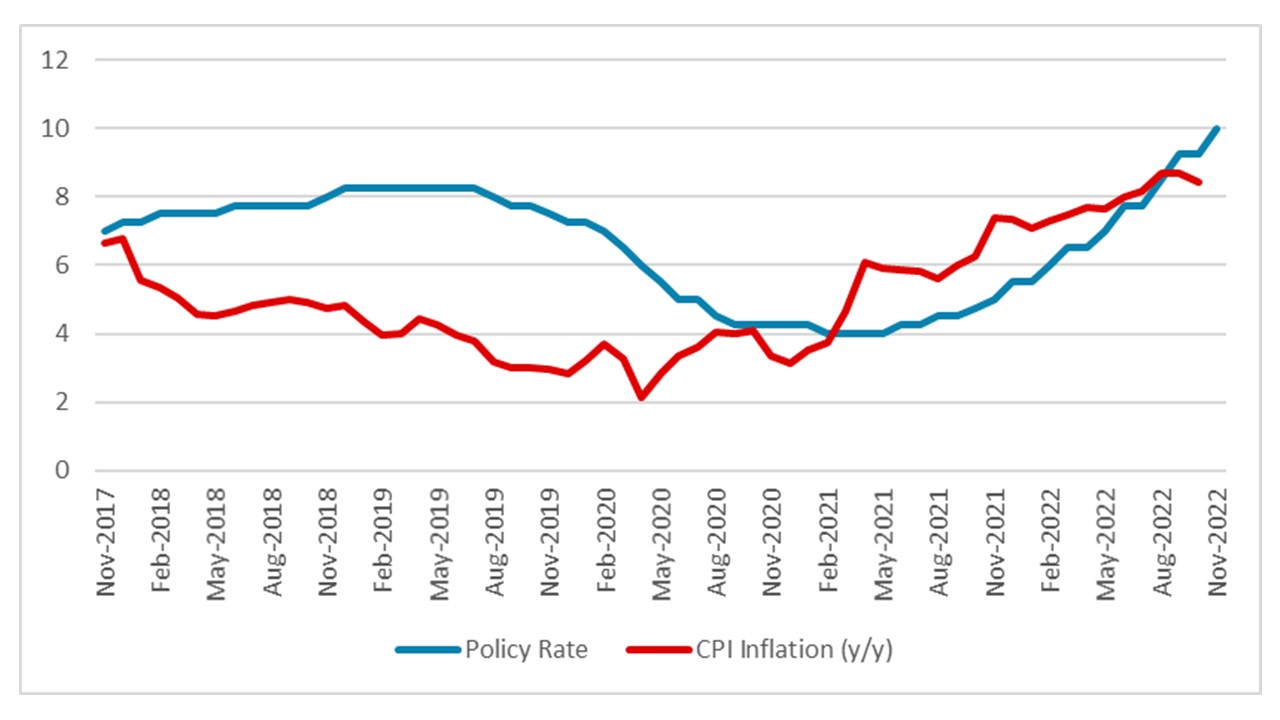 Banxico have releases the minutes from its last meeting (here) in which they opted to raise the policy rate in 75bps. The committee generally agreed was the challenging inflationary outlook. Most agreed that the recent drop in the headline inflation occurred thank to a drop on non-core items, while core inflation kept growing, which means they did not fall because of the right reasons. Additionally, most members highlighted that although supply chains pressure has diminished, it has not reflected in Mexican inflation as several food products and services present inflationary momentum at the moment. To this cocktail, inflation expectations have risen marginally and long-term expectations are running at 3.25% which is above the Banxico target (3%).

The theme of the output gap as not widely discussed. Only one member stated that the output gap was smaller and Mexican inflation could be starting to face demand pressures rather than responding to external prices shocks. Relating to the exchange rate some members agreed strong macro-fundamentals have allowed the Mexican Peso to be resilient.

Most of the members agreed that in the balance of inflationary risks are biased to the upside, which justifies Banxico to keep raising interest rates. Most of the members stated that due to the nature of the shocks and high degree of monetary tightening, the Mexican economy is living through a period of high uncertainty, which would justify a close analysis of the prevailing conditions to define the next hike. However, they stated that due to the persistence of the shocks interest rates will be high during most of the relevant horizon, which is consistent with the view that no cuts are set to be seen during 2023. We believe that a final 50bps hike in December to 10.50% would be enough to deliver the inflation convergence during 2023, but it is possible that Banxico board disagree with that view, and a scenario of the terminal rate being 10.75% or 11% is increasing.

Gerardo Esquivel was the only dissident vote of the decision as he was in favour of decoupling with the Fed and proposed hiking 50bps instead of the 75bps. His arguments are that there is a necessity to inform the markets that Banxico is approaching the terminal rate and this could be signalled by slowing the pace of hikes. According to him, external price pressures are already dissipating and the policy rate is already on significant contractionary terrain.

Gerardo Esquivel who is the most dissident voice of Banxico was the Mexico candidate to assume the Inter American Bank Presidency, which was won by the Brazilian candidate Ilan Goldfajn. Esquivel 4-years term ends on Dec. 31 and Mexican President Lopez-Obrador has indicated that his mandate will not be renewed, which means that another person will assume his post in 2023. It will be interesting to see whether Lopez-Obrador indicates a more hawkish member as in the last decisions Esquivel has been one of the more dovish voices of the Banxico board. 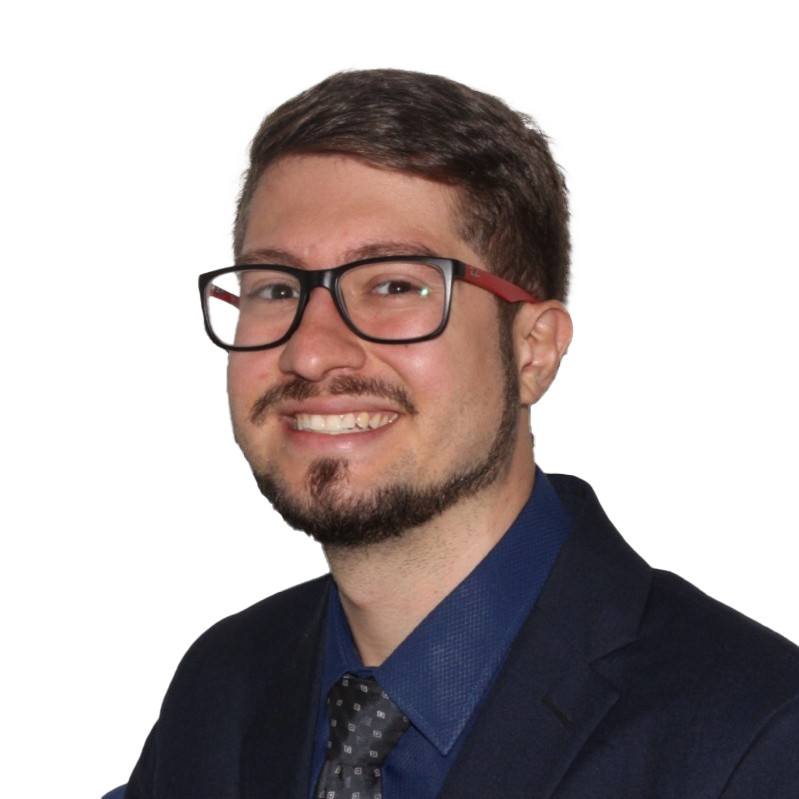 Topics
Latin America Banco de Mexico Mexico Data Rates Policy Emerging Markets EM Thematic EM Central Banks Continuum Monitor
4Cast Ltd. and all of its affiliates (Continuum Economics) do not conduct “investment research” as defined in the FCA Conduct of Business Sourcebook (COBS) section 12 nor do they provide “advice about securities” as defined in the Regulation of Investment Advisors by the U.S. SEC. Continuum Economics is not regulated by the SEC or by the FCA or by any other regulatory body. This research report has not been prepared in accordance with legal requirements designed to promote the independence of investment research and is not subject to any prohibition on dealing ahead of the dissemination of investment research. Nonetheless, Continuum Economics has an internal policy that prohibits “front-running” and that is designed to minimize the risk of receiving or misusing confidential or potentially material non-public information. The views and conclusions expressed here may be changed without notice. Continuum Economics, its partners and employees make no representation about the completeness or accuracy of the data, calculations, information or opinions contained in this report. This report may not be copied, redistributed or reproduced in part or whole without Continuum Economics’s express permission. Information contained in this report or relied upon in its construction may previously have been disclosed under a consulting agreement with one or more clients. The prices of securities referred to in the report may rise or fall and past performance and forecasts should not be treated as a reliable indicator of future performance or results. This report is not directed to you if Continuum Economics is barred from doing so in your jurisdiction. Nor is it an offer or solicitation to buy or sell securities or to enter into any investment transaction or use any investment service.
Analyst Declaration
I, Lucas Eduardo Veras Costa, the lead analyst declare that the views expressed herein are mine and are clear, fair and not misleading at the time of publication. They have not been influenced by any relationship, either a personal relationship of mine or a relationship of the firm, to any entity described or referred to herein nor to any client of Continuum Economics nor has any inducement been received in relation to those views. I further declare that in the preparation and publication of this report I have at all times followed all relevant Continuum Economics compliance protocols including those reasonably seeking to prevent the receipt or misuse of material non-public information.