Bottom line: Earlier this week, Ukraine started a counteroffensive in the city of Kherson. On August 19th, it was reported that Russian President Putin’s would attend November's G20 summit in Bali and potentially also President Zelensky. These recent developments may raise optimism of reaching an end to the military campaign. However, we maintain our view (here) that Russia still is nowhere near a deal that would satisfy Putin. Thus, Russia will look to extend the military action into next year and try exploit any opportunities to weaken the Western Alliance. That will require further disruptions in energy supplies, but in order to maintain long-term energy operations Russia will switch between restricted into the winter and less restricted gas supplies in the spring. 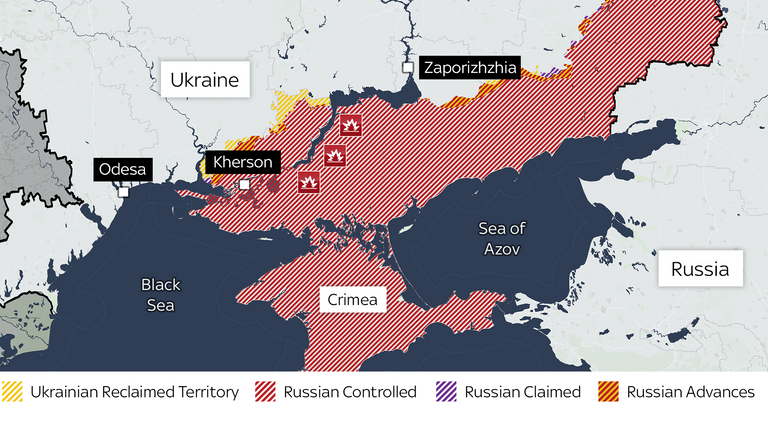 Source: Institute for the Study of War

The Russian authorities have made their intention of an extended war clear, after optimism arose following the trilateral summit with UN Secretary-General Antonio Guterres, Turkish and Ukrainian president. The calls to the negotiating table were rejected by Russia, as they see no diplomatic solution. Optimism may arise again in the coming months as Putin is planned to attend the G20 summit in November. While the G20 summit itself is highly unlikely to be the diplomatic venue for talks to end the war, hopes are rising that it could be followed by bilateral meetings between Russia and Ukraine. It is more likely that Putin will use the summit as a venue to demonstrate a strong Russia to the world as well as proving his countrymen that he is able to face Russia’s western “enemies.”

The counteroffensive started on August 29th. Mere days are insufficient for a full-on analysis. Yet conflicting statements from Ukrainian and Russian sources indicate that it carries a symbolic importance, especially to keep Ukrainian forces and the western support motivated. While Ukrainian authorities stated that breaking through Russian forces was easy and Ukrainian troops will push them to the border, logistics of a counteroffensive over the Dnipro river will be challenging for Ukraine. Ukraine has successfully conducted bombardment of strategic Russian locations yet further military progress in the heavily guarded and highly urban area could only be measured. The approaching winter provides an obstacle for Ukrainian forces to conduct a larger offensive.

The counteroffensive is yet another proof that Ukraine is willing to keep fighting, but it is not likely to produce imminent game changing results. It is also yet another factor the keeps piling on the cost of war for Russia. Instead of an advance towards the West, Russia will have to focus on defending its claimed territories in Ukraine. As Russia possesses the military capability to do so we see the war continuing on as we previous highlighted, while in parallel Putin arranges referendums in annexed territories in Ukraine. We still see the Ukraine war dragging on through 2023, as Putin keeps on aiming for a breakdown in the Western Alliance and see if Putin’s friend Trump will make a comeback as US President in 2024. Tactically Putin will likely to sell more gas to Europe once the worst of the winter is over (here). 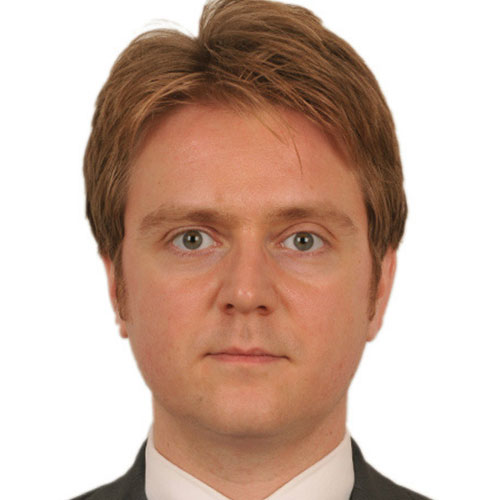 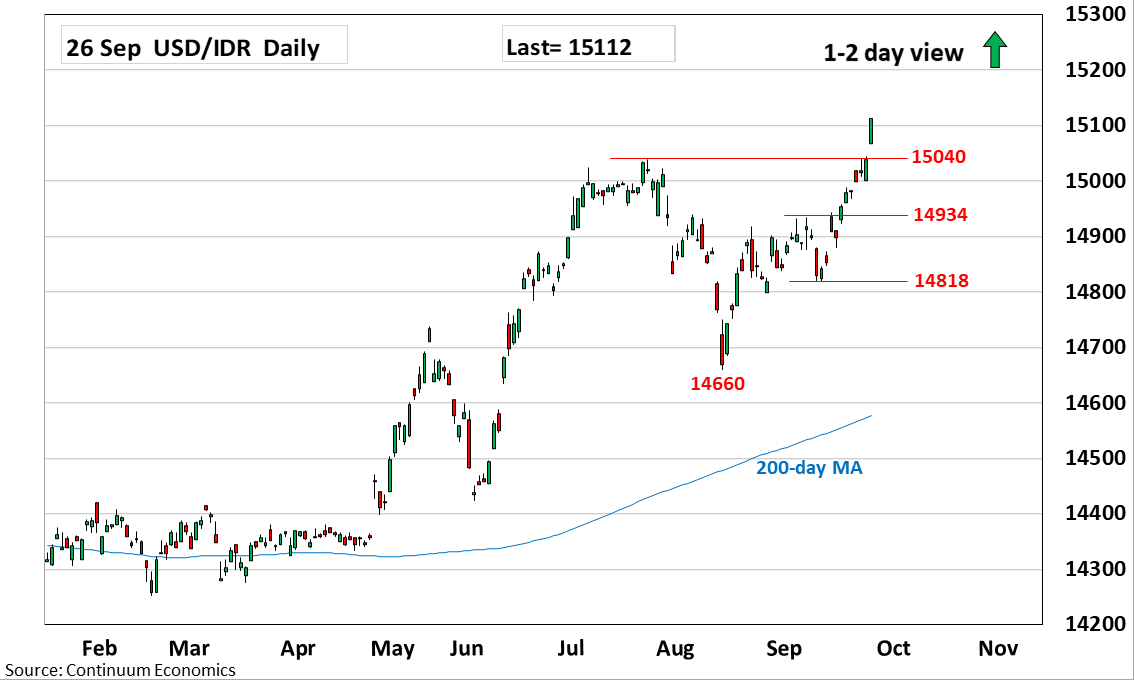 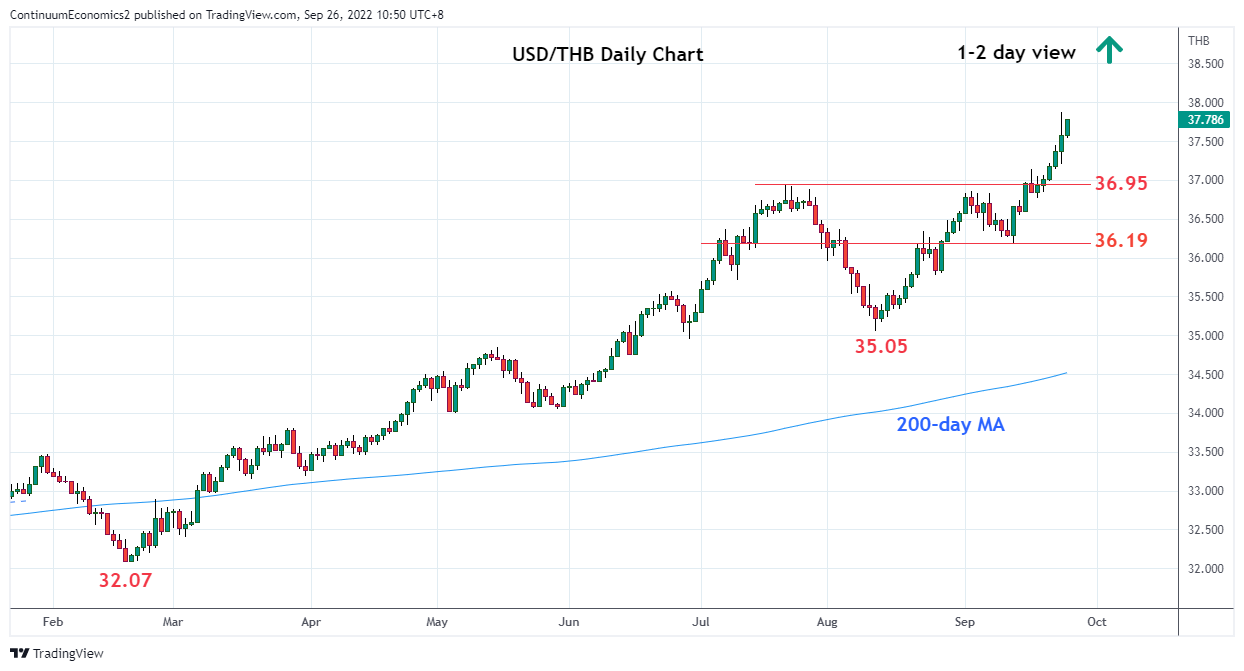 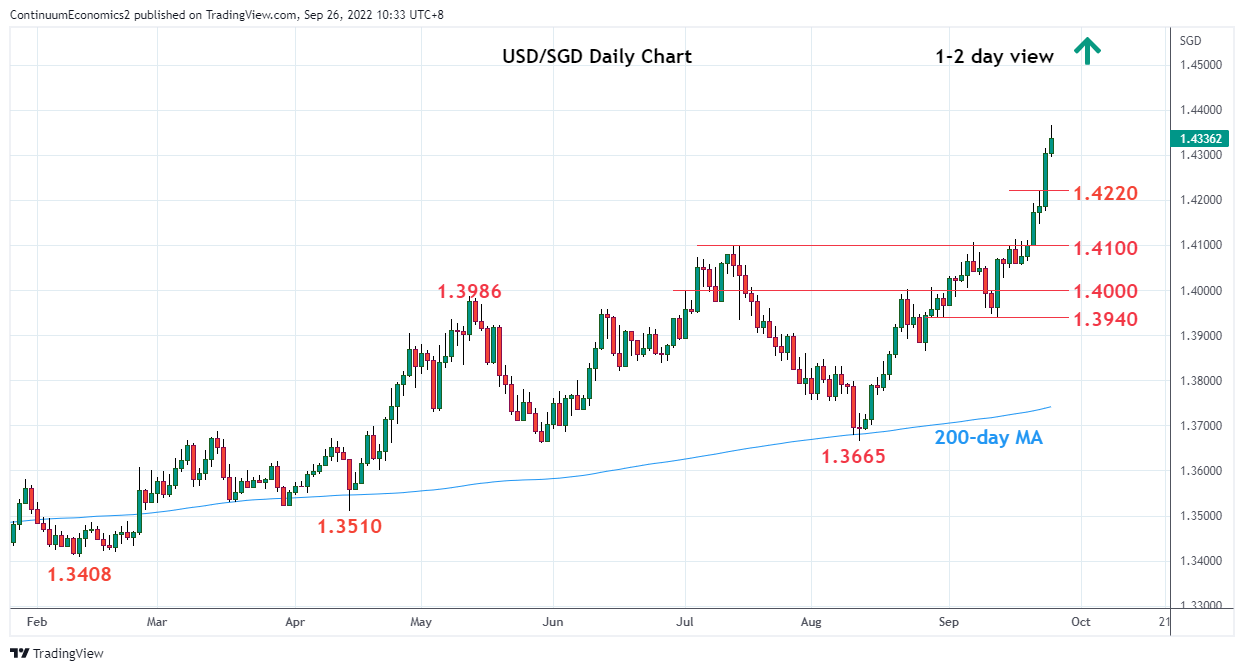 Topics
EM Thematic Russia Ukraine FX & Money Markets Now! (Asia) FX & Money Markets Now! (Europe) FX & Money Markets Now! (North America)
4Cast Ltd. and all of its affiliates (Continuum Economics) do not conduct “investment research” as defined in the FCA Conduct of Business Sourcebook (COBS) section 12 nor do they provide “advice about securities” as defined in the Regulation of Investment Advisors by the U.S. SEC. Continuum Economics is not regulated by the SEC or by the FCA or by any other regulatory body. This research report has not been prepared in accordance with legal requirements designed to promote the independence of investment research and is not subject to any prohibition on dealing ahead of the dissemination of investment research. Nonetheless, Continuum Economics has an internal policy that prohibits “front-running” and that is designed to minimize the risk of receiving or misusing confidential or potentially material non-public information. The views and conclusions expressed here may be changed without notice. Continuum Economics, its partners and employees make no representation about the completeness or accuracy of the data, calculations, information or opinions contained in this report. This report may not be copied, redistributed or reproduced in part or whole without Continuum Economics’s express permission. Information contained in this report or relied upon in its construction may previously have been disclosed under a consulting agreement with one or more clients. The prices of securities referred to in the report may rise or fall and past performance and forecasts should not be treated as a reliable indicator of future performance or results. This report is not directed to you if Continuum Economics is barred from doing so in your jurisdiction. Nor is it an offer or solicitation to buy or sell securities or to enter into any investment transaction or use any investment service.
Analyst Declaration
I, Orhan Kaya, the lead analyst declare that the views expressed herein are mine and are clear, fair and not misleading at the time of publication. They have not been influenced by any relationship, either a personal relationship of mine or a relationship of the firm, to any entity described or referred to herein nor to any client of Continuum Economics nor has any inducement been received in relation to those views. I further declare that in the preparation and publication of this report I have at all times followed all relevant Continuum Economics compliance protocols including those reasonably seeking to prevent the receipt or misuse of material non-public information.