Bottom line: The global risk-off sentiment and persistently elevated global fuel prices have resulted in the Indian rupee (INR) recording new lows in recent weeks. The INR breached the 79 mark against the USD in early July, as India’s early current account estimate showed a sharply widening deficit. It appears as though both the INR and India’s current account deficit are headed toward worrisome territory, especially amid an exodus of foreign institutional investment (FII). We expect currency weakness to persist in the near term. However, it is unlikely to sustain at the current level, and we expect a reversion to strengthening in Q4 2022.

The INR has been sinking to record lows in recent weeks, despite intermittent intervention by the Reserve Bank of India (RBI), and it breached INR 79 against the USD on July 5. The FII exodus, a widening current account deficit (as crude prices remain elevated) and global monetary tightening have contributed to the 6% slide in the currency since the start of 2022. 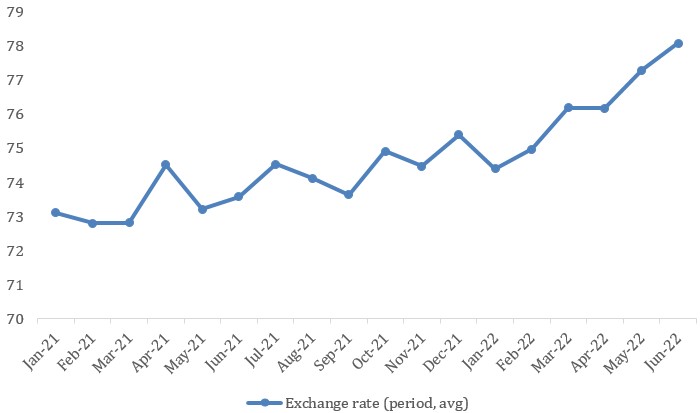 Capital outflows have continued for six consecutive months; about $30.6bn worth of FII outflow has been recorded so far in 2022 (through early July). Foreign institutional investors withdrew about $6.6bn from Indian capital markets in June alone. The persistent withdrawals are mostly a reflection of rising inflation (which stood at 7% y/y in May), global monetary tightening and higher yields elsewhere, and the potential impact of a global slowdown on the domestic economy. Additionally, some global portfolio managers have been switching equity funds back into China based on relative valuations. India appears to be the worst hit among its major emerging market peers with respect to FII outflows. 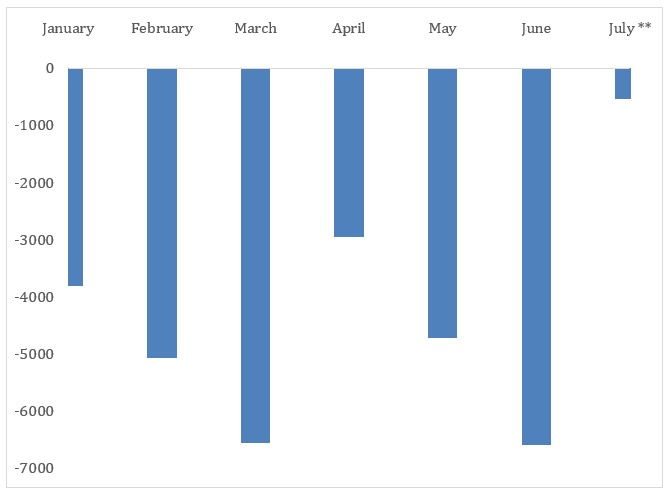 Additionally, tepid exports against the background of a sharply rising import bill in June, leading to yet another record high trade deficit of $25.6bn, have contributed to currency weakening as well. Although exports continued to trend upward and grew 16.7% y/y in June, India’s import bill ballooned to $63.5bn during the month, representing 51% y/y growth. 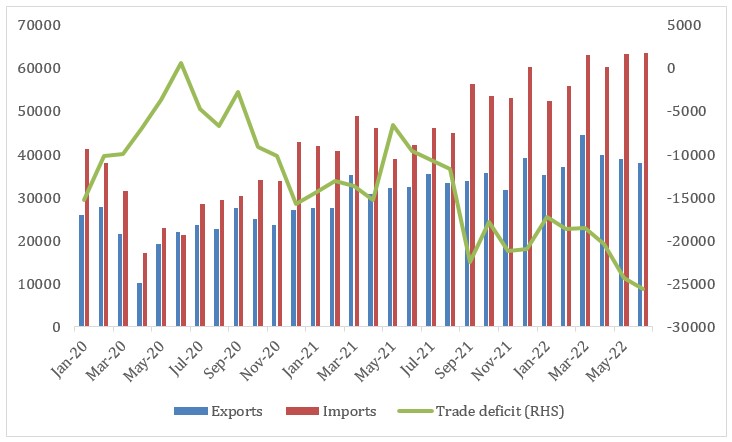 Given subdued global demand amid a rising import bill, we expect the trade deficit to continue to widen, and concomitantly the concerns around the weakening INR are now heightened. India’s foreign exchange reserves fell 2% m/m in May, as the RBI continued to intervene in the FX market. Although at $588.3bn foreign reserves provide over nine months of import cover, this is less than the 12 months accounted for earlier in January. The RBI amended norms earlier in July in a bid to boost foreign exchange inflows amid the continued currency slide. The measures included an easing of foreign investment in the debt market and increasing borrowing from foreign sources. However, our take on these measures is that they are unlikely to yield any strong favorable results given global monetary tightening. Our expectation is that the INR will see additional volatility in the coming months and fall to below INR80:$1 before stabilizing toward the final quarter of 2023. Our broader USD view is for slow Fed tightening in the autumn, then stopping in November and a pickup in 2023 rate cut expectations, which should ensure that the current high USD partially reverses against the majors and INR (here). 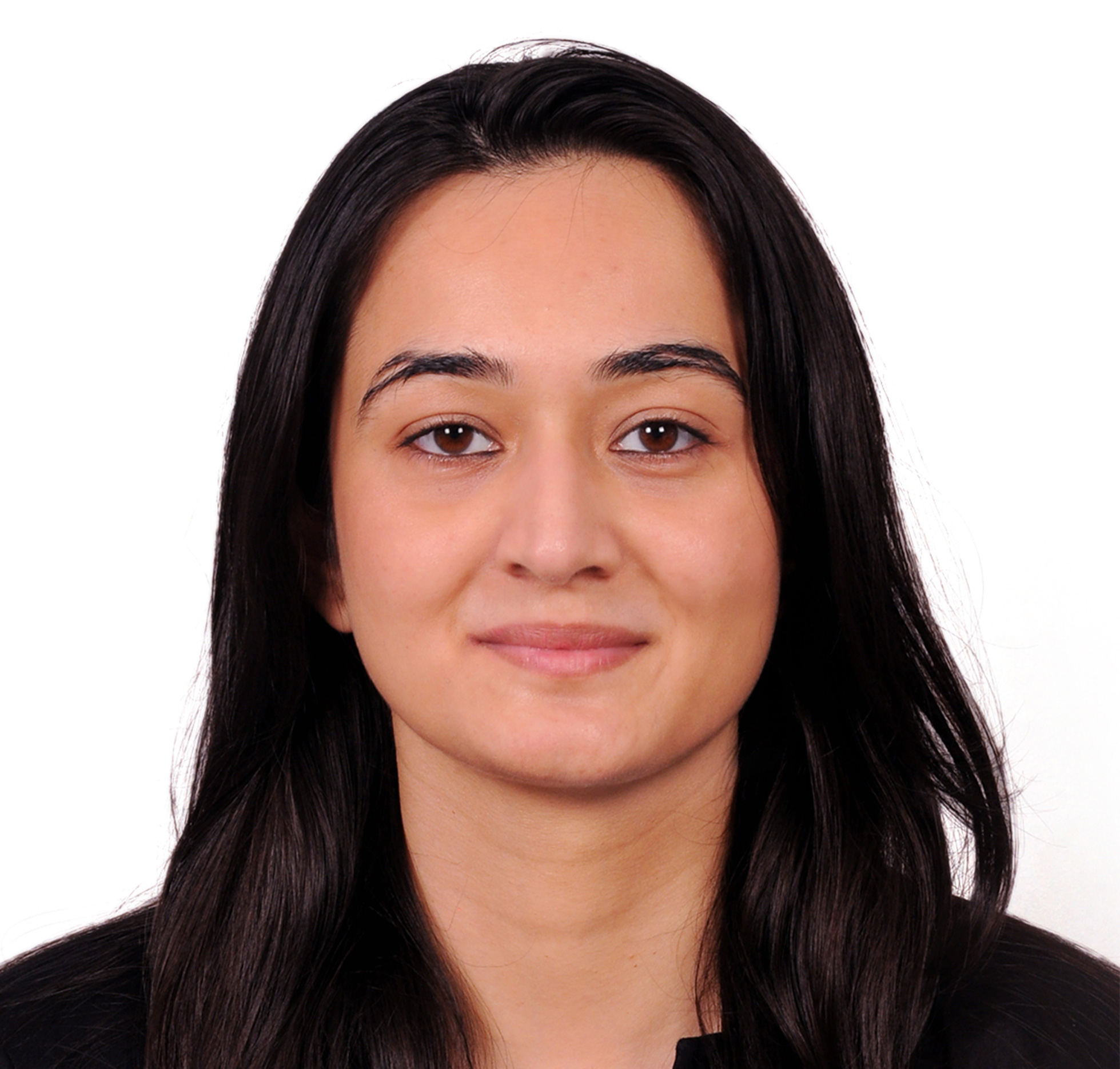 Topics
Asia/Pacific Emerging Markets Emerging Asia India Reserve Bank of India Data Policy USD/INR EM Thematic EM Central Banks Continuum Monitor FX & Money Markets Now! (Asia) FX & Money Markets Now! (Europe) FX & Money Markets Now! (North America)
4Cast Ltd. and all of its affiliates (Continuum Economics) do not conduct “investment research” as defined in the FCA Conduct of Business Sourcebook (COBS) section 12 nor do they provide “advice about securities” as defined in the Regulation of Investment Advisors by the U.S. SEC. Continuum Economics is not regulated by the SEC or by the FCA or by any other regulatory body. This research report has not been prepared in accordance with legal requirements designed to promote the independence of investment research and is not subject to any prohibition on dealing ahead of the dissemination of investment research. Nonetheless, Continuum Economics has an internal policy that prohibits “front-running” and that is designed to minimize the risk of receiving or misusing confidential or potentially material non-public information. The views and conclusions expressed here may be changed without notice. Continuum Economics, its partners and employees make no representation about the completeness or accuracy of the data, calculations, information or opinions contained in this report. This report may not be copied, redistributed or reproduced in part or whole without Continuum Economics’s express permission. Information contained in this report or relied upon in its construction may previously have been disclosed under a consulting agreement with one or more clients. The prices of securities referred to in the report may rise or fall and past performance and forecasts should not be treated as a reliable indicator of future performance or results. This report is not directed to you if Continuum Economics is barred from doing so in your jurisdiction. Nor is it an offer or solicitation to buy or sell securities or to enter into any investment transaction or use any investment service.
Analyst Declaration
I, Sanya Suri, the lead analyst declare that the views expressed herein are mine and are clear, fair and not misleading at the time of publication. They have not been influenced by any relationship, either a personal relationship of mine or a relationship of the firm, to any entity described or referred to herein nor to any client of Continuum Economics nor has any inducement been received in relation to those views. I further declare that in the preparation and publication of this report I have at all times followed all relevant Continuum Economics compliance protocols including those reasonably seeking to prevent the receipt or misuse of material non-public information.