Bottom line: The June FOMC meeting signals a shift to moderately restrictive policy in 2022.  The guidance is 50bps or 75bps at the July meeting, but remaining inflation momentum/tight oil market and current Fed hawkishness suggests that on balance 75bps is more likely. We then look for 50bps from the Fed in September and 25bps in November, which would bring the Fed Funds target to 3.00-3.25%. We then see weak economic data and a lower rises in monthly inflation numbers causing the Fed to pause and not hike in December – Powell noted that the (voting) FOMC members saw end 2022 at 3.00-3.50%. 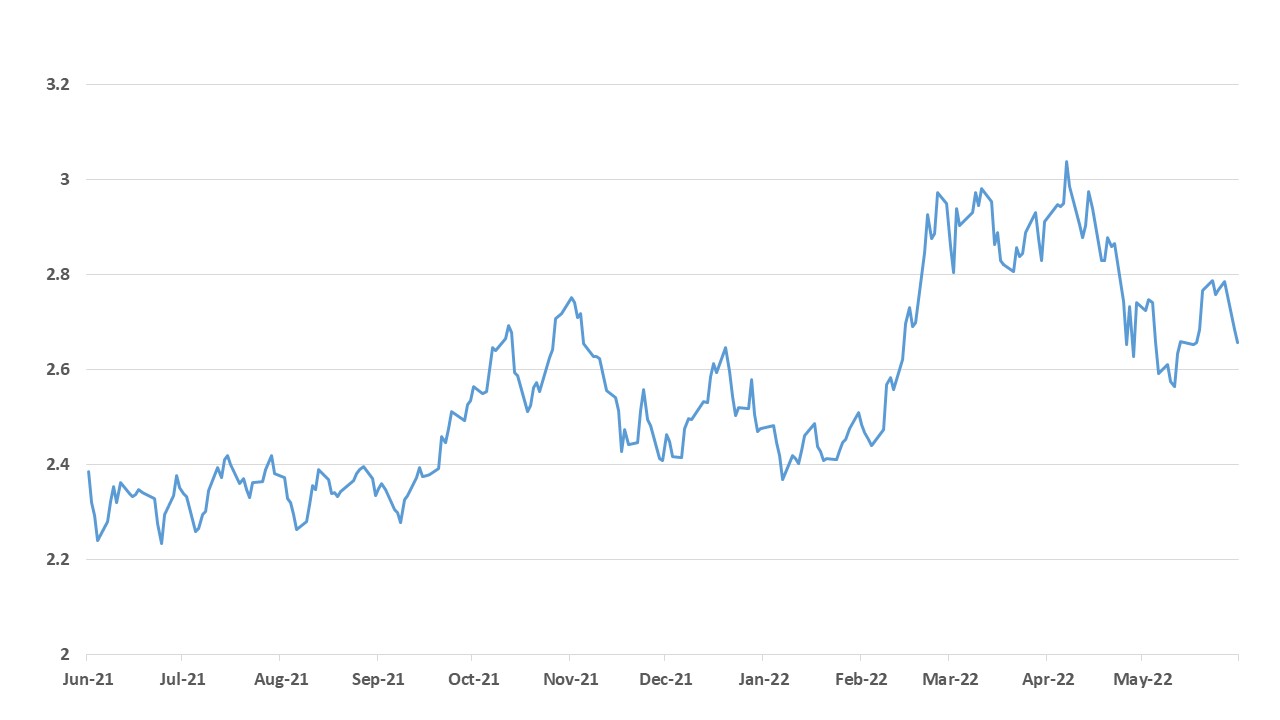 Restrictive Policy with More Gradual Tightening After the Summer

The June FOMC statement and Fed Chair Powell Q/A provide a number of clues on the pace and scale of interest rate hikes to come after today 75bps step. Key points include

2022 tightening. The 75bps hike to a 1.50-1.75% Fed Funds target and 3.00-3.50% Fed Funds twice noted by Powell would imply a further 150-175bps by end 2022.July’s most likely outcomes are 50bps or 75bps, with the Fed chair not wanting to be boxed in again but also reflecting a desire to fine tune the decision with incoming data. The problem is that gasoline prices will likely remain elevated, as the EU seaborne oil ban pushes WTI towards $130 and restricted refinery capacity pushes up gasoline and diesel during the driving season. On balance we feel that 75bps currently looks more likely in July. Follow-through hawkishness will then likely see a 50bps hike at the September FOMC, before slowing to 25bps in November. In Q4 the economic data should be weak and the economy showing real risk of stagnation (0-1%) growth or recession into 2023. Monthly inflation numbers should also be lower, which is something that Powell noted as a desire to track policy effectiveness. This should be enough to stop the Fed from hiking in December and we look for the Fed to pause. This would mean a 3.00-3.25% Fed Funds rate by end 2022. 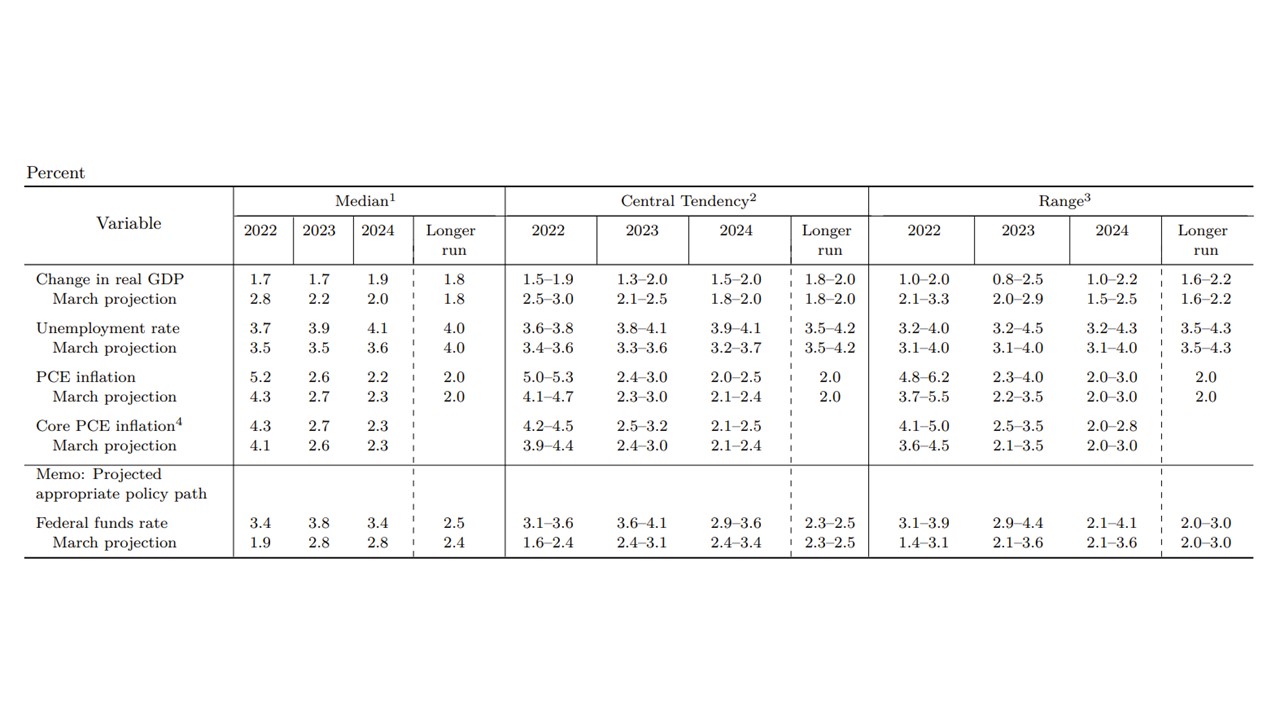 Topics
North America United States Federal Reserve Rates Policy Yield Curves Data Developed Markets DM Central Banks DM Thematic Continuum Monitor FX & Money Markets Now! (Asia) FX & Money Markets Now! (Europe) FX & Money Markets Now! (North America)
4Cast Ltd. and all of its affiliates (Continuum Economics) do not conduct “investment research” as defined in the FCA Conduct of Business Sourcebook (COBS) section 12 nor do they provide “advice about securities” as defined in the Regulation of Investment Advisors by the U.S. SEC. Continuum Economics is not regulated by the SEC or by the FCA or by any other regulatory body. This research report has not been prepared in accordance with legal requirements designed to promote the independence of investment research and is not subject to any prohibition on dealing ahead of the dissemination of investment research. Nonetheless, Continuum Economics has an internal policy that prohibits “front-running” and that is designed to minimize the risk of receiving or misusing confidential or potentially material non-public information. The views and conclusions expressed here may be changed without notice. Continuum Economics, its partners and employees make no representation about the completeness or accuracy of the data, calculations, information or opinions contained in this report. This report may not be copied, redistributed or reproduced in part or whole without Continuum Economics’s express permission. Information contained in this report or relied upon in its construction may previously have been disclosed under a consulting agreement with one or more clients. The prices of securities referred to in the report may rise or fall and past performance and forecasts should not be treated as a reliable indicator of future performance or results. This report is not directed to you if Continuum Economics is barred from doing so in your jurisdiction. Nor is it an offer or solicitation to buy or sell securities or to enter into any investment transaction or use any investment service.
Analyst Certification
I, Mike Gallagher, the lead analyst certify that the views expressed herein are mine and are clear, fair and not misleading at the time of publication. They have not been influenced by any relationship, either a personal relationship of mine or a relationship of the firm, to any entity described or referred to herein nor to any client of Continuum Economics nor has any inducement been received in relation to those views. I further certify that in the preparation and publication of this report I have at all times followed all relevant Continuum Economics compliance protocols including those reasonably seeking to prevent the receipt or misuse of material non-public information.