Bottom line: We are lifting our end 2022 and end 2023 WTI forecast to $120 and $105 and also the predicted forecast range from $90-120 to $100-150. Saudi Arabia is likely to increase production by up to 1mln beyond OPEC quota later in the year, but will only partially offset the EU oil ban that will disrupt the global oil market. It will take into 2023 to redirect Russian oil to other buyers, at a time when crude oil inventories are below average and global refiner’s capacity is restrained and driving up gasoline and diesel prices. 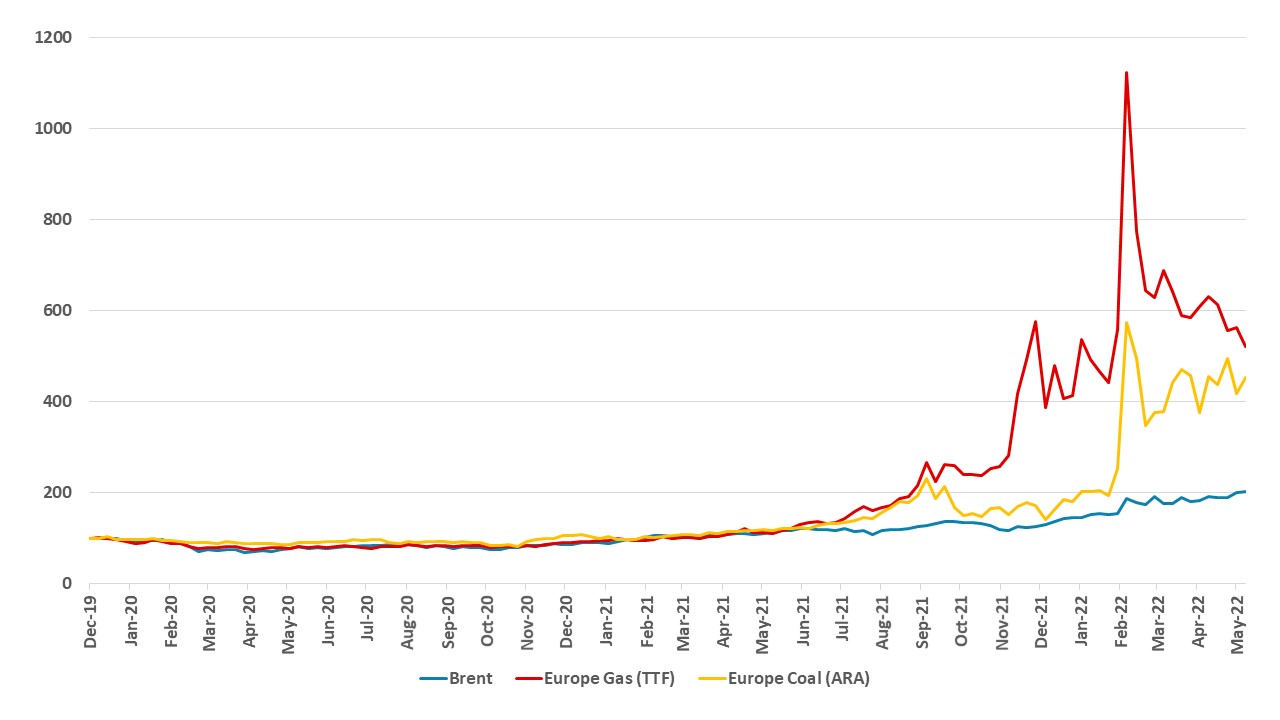 OPEC+ decision to increase production quota in July and August by 648k barrels p/d will likely be followed later in the year by Saudi Arabia voluntary production increase by up to an extra 1mln b/d.  Relations between the U.S. and Saudi Arabia are improving to the point that President Joe Biden is considering a visit to meet Crown Prince Mohammed Bin Salman later in June.  This will likely see further military arms supplied to Saudi Arabia and implicit support for calm in Yemen, with a Saudi PR spin that this means U.S. support for Saudi in Yemen and Saudi in general.  In return Saudi Arabia will likely promise to deliver up to 1mln b/d extra beyond full OPEC+ quotas, in the face of oil market disruption from the EU oil ban on Russian oil.

Though the EU oil ban is not full and disappointed politically, it has real bite in the physical commodity markets.  Russia will need to find buyers for oil normally shipped to the EU and this will likely take until 2023, due to caution on the part of buyers over logistical and legal issues.  The IEA has estimated that at the worst point this could mean a net 3mln less barrels of oil b/d exports from Russia, which will more than offset extra Saudi Arabia oil production.  It is also worth noting that other OPEC+ members are struggling to hit production quotas due to underinvestment in production and transportation in recent years. Additionally, the existing crude oil market is already tight, with OECD inventories below normal.  The impact is also being compounded by even higher gasoline and diesel prices due to global refiners being close to capacity (some refiners were not reopened after the 2020 COVID crisis).  This is then leading to bidding for crude oil to secure for downstream purposes.  Finally, though oil prices are elevated gas and coal prices increase has been much larger (Figure 1), which is motivating some electricity generators in Asia to use more oil.

Thus we see the net impact of recent developments as being positive for oil prices and we have increased our end 2022 and end 2023 forecasts to $120 and $105 from $110 and $100.  Additionally, we feel that the global oil market can see some disruption in the next 6-12 months from the EU oil restrictions and Russia search for alternative buyers.   The disruption also means that we now look for a $100-150 WTI oil price band rather than $90-120.

Topics
Commodities Oil North America Eurozone Western Europe Asia/Pacific Latin America Middle East and North Africa Developed Markets Emerging Markets Emerging EMEA Emerging Asia Russia Ukraine Politics China DM Thematic EM Thematic Continuum Monitor FX & Money Markets Now! (Asia) FX & Money Markets Now! (Europe) FX & Money Markets Now! (North America)
4Cast Ltd. and all of its affiliates (Continuum Economics) do not conduct “investment research” as defined in the FCA Conduct of Business Sourcebook (COBS) section 12 nor do they provide “advice about securities” as defined in the Regulation of Investment Advisors by the U.S. SEC. Continuum Economics is not regulated by the SEC or by the FCA or by any other regulatory body. This research report has not been prepared in accordance with legal requirements designed to promote the independence of investment research and is not subject to any prohibition on dealing ahead of the dissemination of investment research. Nonetheless, Continuum Economics has an internal policy that prohibits “front-running” and that is designed to minimize the risk of receiving or misusing confidential or potentially material non-public information. The views and conclusions expressed here may be changed without notice. Continuum Economics, its partners and employees make no representation about the completeness or accuracy of the data, calculations, information or opinions contained in this report. This report may not be copied, redistributed or reproduced in part or whole without Continuum Economics’s express permission. Information contained in this report or relied upon in its construction may previously have been disclosed under a consulting agreement with one or more clients. The prices of securities referred to in the report may rise or fall and past performance and forecasts should not be treated as a reliable indicator of future performance or results. This report is not directed to you if Continuum Economics is barred from doing so in your jurisdiction. Nor is it an offer or solicitation to buy or sell securities or to enter into any investment transaction or use any investment service.
Analyst Certification
I, Mike Gallagher, the lead analyst certify that the views expressed herein are mine and are clear, fair and not misleading at the time of publication. They have not been influenced by any relationship, either a personal relationship of mine or a relationship of the firm, to any entity described or referred to herein nor to any client of Continuum Economics nor has any inducement been received in relation to those views. I further certify that in the preparation and publication of this report I have at all times followed all relevant Continuum Economics compliance protocols including those reasonably seeking to prevent the receipt or misuse of material non-public information.