BRICS Currencies Under Pressure As Sphere of Influence Trade Kicks In

Dollar strength and Fed dynamics are the main drivers of current BRIC currency weakness. Yet at the same time, we are seeing the markets increasingly reasoning in terms of Russia-friendly EM which are within its sphere of influence, with Brazil, India, China and South Africa (BRICS) top of the list.

Short-term, markets have been jittery before Russian President Vladimir Putin’s Victory Day speech, although there was little novelty in his blaming the West for Russia’s war in Ukraine. The Brazilian real and South African rand are also particularly affected by their China dependency, and renminbi weakness is clearly contagious for these currencies. From a medium-term perspective, as has been noted by Foreign Policy and other political commentators, Russia has started to rely on the BRICS to extend the use of national currencies in trade and integrate their payment systems. Russia’s inability to draw on its dollar reserves for international payments following the West’s sanctions is greatly accelerating this trend, especially as there is scope for China’s Cross-Border Interbank Payment System to be sped up for transactions in renminbi. In this greater medium-term context, markets are starting to think through the financial implications of a world slowly drifting towards a bifurcation between a Western sphere of influence, based on the values of free liberal markets and a BRICS sphere of influence, based on highly regulated and politicized economic systems. With BRICS accounting for 41% of the world’s population and 31% of economic production, and 18% of global military expenditure in 2021, markets are slowly pricing in the BRICS as a sphere of influence and the Ukraine crisis is proving a test of its geopolitical relevance. While Western media have highlighted the emerging unity of the U.S. and EU in the face of Russia, they perhaps underplay a similar process around Russia. 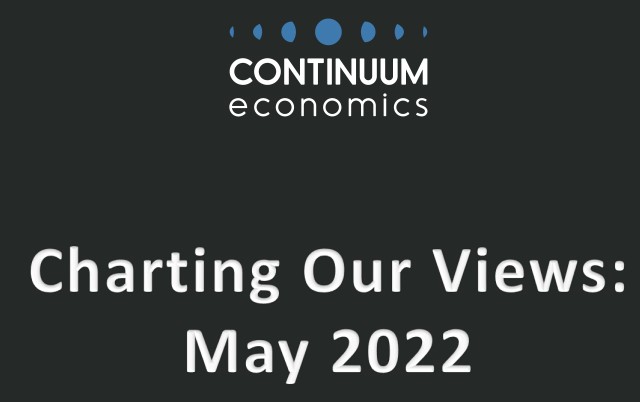 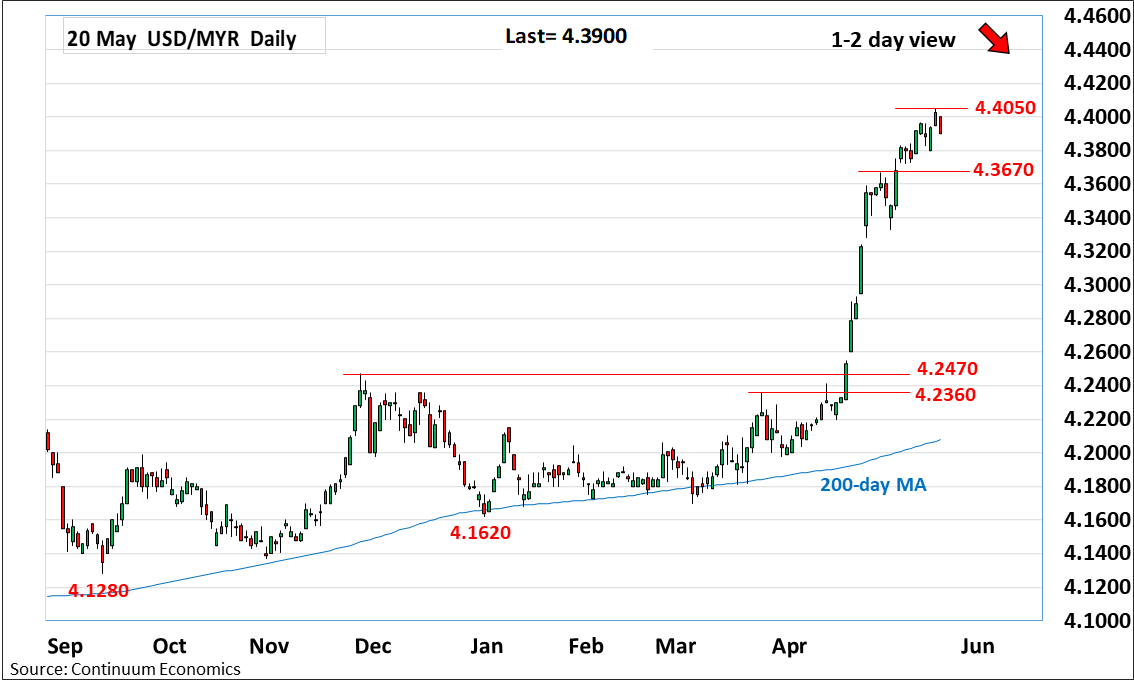 Topics
EM Thematic Brazil Russia India China South Africa Continuum Monitor Thought FX & Money Markets Now! (Asia) FX & Money Markets Now! (North America) FX & Money Markets Now! (Europe)
4Cast Ltd. and all of its affiliates (Continuum Economics) do not conduct “investment research” as defined in the FCA Conduct of Business Sourcebook (COBS) section 12 nor do they provide “advice about securities” as defined in the Regulation of Investment Advisors by the U.S. SEC. Continuum Economics is not regulated by the SEC or by the FCA or by any other regulatory body. This research report has not been prepared in accordance with legal requirements designed to promote the independence of investment research and is not subject to any prohibition on dealing ahead of the dissemination of investment research. Nonetheless, Continuum Economics has an internal policy that prohibits “front-running” and that is designed to minimize the risk of receiving or misusing confidential or potentially material non-public information. The views and conclusions expressed here may be changed without notice. Continuum Economics, its partners and employees make no representation about the completeness or accuracy of the data, calculations, information or opinions contained in this report. This report may not be copied, redistributed or reproduced in part or whole without Continuum Economics’s express permission. Information contained in this report or relied upon in its construction may previously have been disclosed under a consulting agreement with one or more clients. The prices of securities referred to in the report may rise or fall and past performance and forecasts should not be treated as a reliable indicator of future performance or results. This report is not directed to you if Continuum Economics is barred from doing so in your jurisdiction. Nor is it an offer or solicitation to buy or sell securities or to enter into any investment transaction or use any investment service.
Analyst Certification
I, Francesca Beausang, the lead analyst certify that the views expressed herein are mine and are clear, fair and not misleading at the time of publication. They have not been influenced by any relationship, either a personal relationship of mine or a relationship of the firm, to any entity described or referred to herein nor to any client of Continuum Economics nor has any inducement been received in relation to those views. I further certify that in the preparation and publication of this report I have at all times followed all relevant Continuum Economics compliance protocols including those reasonably seeking to prevent the receipt or misuse of material non-public information.