No End Of Bad News For The Lira

While it is expensive to short the lira on carry grounds, we think USD/TRY will remain above the recently broken 9.0 resistance into year-end. This is likely given rate cut implications of the dismissal of key officials from the central bank, expectations of a new Syria offensive and political instability.

The dismissal of two deputy governors and Monetary Policy Committee (MPC) member Abdullah Yavas on Wednesday was reportedly based on their opposition to rate cuts – Kucuk was the only member of the committee who voted against the September 100bp rate cut. This decision reinforces the market’s expectation of another cut at the 21 October MPC meeting, in line with our longstanding view. We expect another 100bp easing after that.

Meanwhile, political instability is likely to rise into year-end, both from a foreign policy and domestic perspective. Internationally, Erdogan’s talk of a Syria offensive comes as a surprise and could result in frictions with the U.S., which backs Kurdish militants in the region that are opposed by Turkey. Domestically, political instability is likely to rise as the opposition is finally kicking itself into action, taking advantage of the fact that support for Erdogan is falling - the AKP has around 31-33% of the vote compared with 42.6% at parliamentary elections in 2018 and AKP ally the MHP has less than the 10% threshold required to enter parliament. The six opposition parties have agreed to focus on the independence of the judiciary, media and academia, laws governing elections and political parties, and boosting democracy and the separation of powers. They also want to restore Turkey to a parliamentary system of government and plan weekly meetings to agree shared principles by year-end. A united opposition is unheard of in Turkey so this should send shivers down Erdogan’s spine and spook the markets. 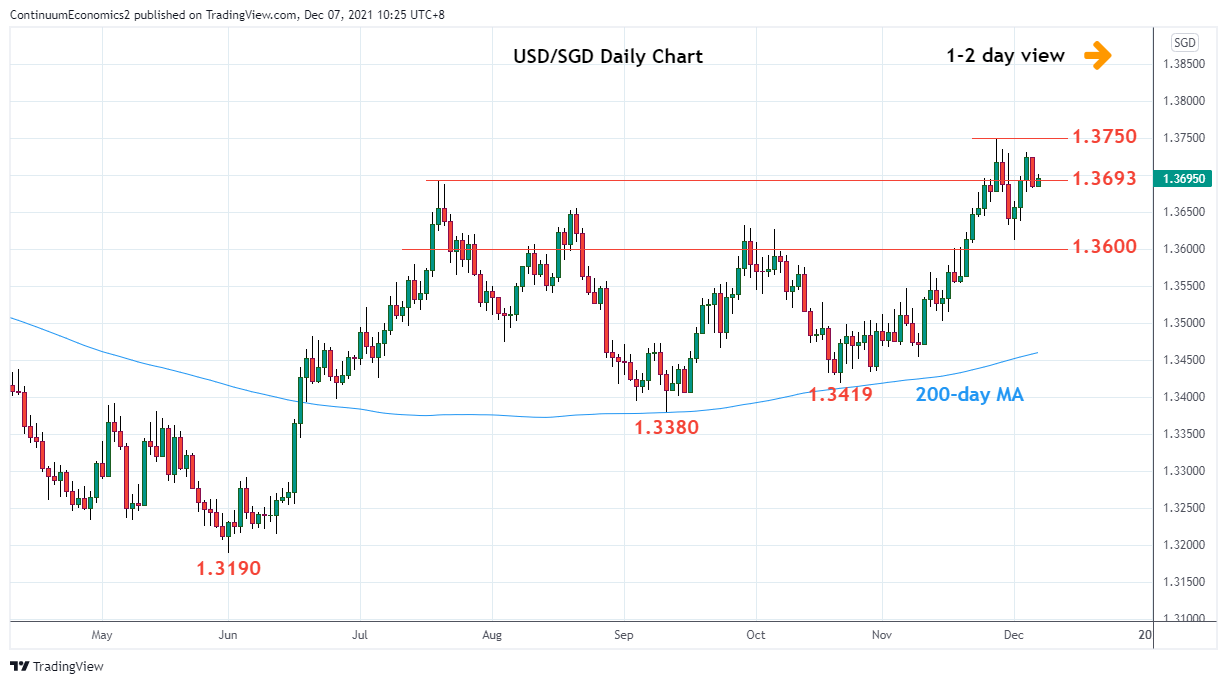 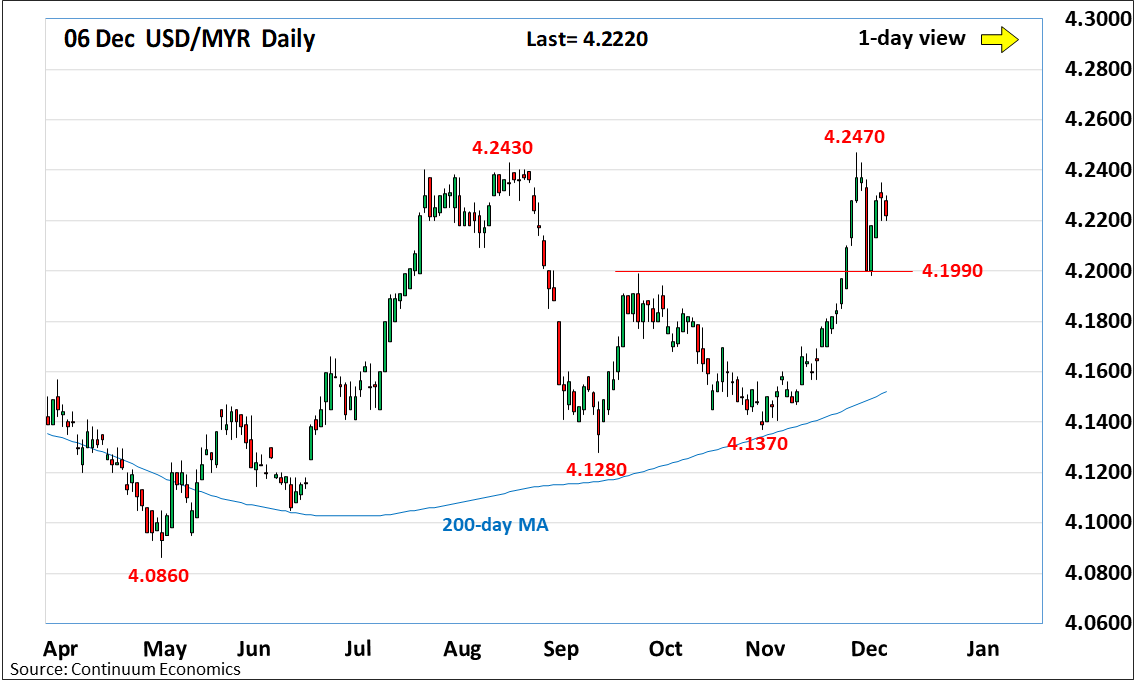 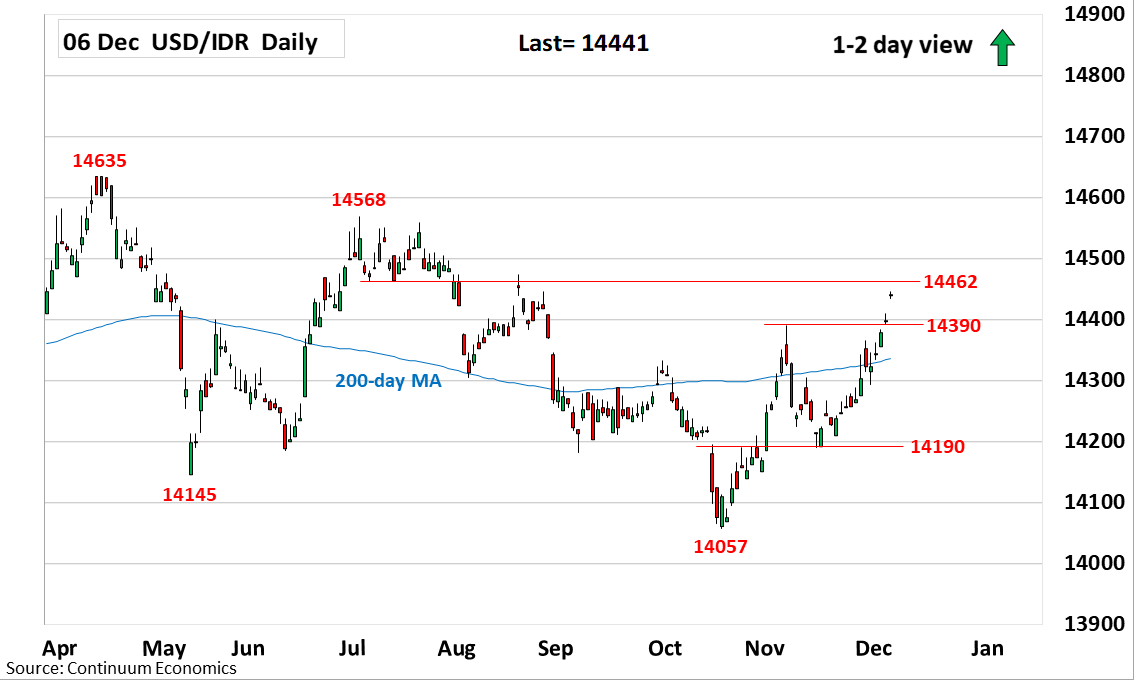 Topics
EM Thematic Central Bank of the Republic of Turkey Turkey Thought Continuum Monitor
4Cast Ltd. and all of its affiliates (Continuum Economics) do not conduct “investment research” as defined in the FCA Conduct of Business Sourcebook (COBS) section 12 nor do they provide “advice about securities” as defined in the Regulation of Investment Advisors by the U.S. SEC. Continuum Economics is not regulated by the SEC or by the FCA or by any other regulatory body. This research report has not been prepared in accordance with legal requirements designed to promote the independence of investment research and is not subject to any prohibition on dealing ahead of the dissemination of investment research. Nonetheless, Continuum Economics has an internal policy that prohibits “front-running” and that is designed to minimize the risk of receiving or misusing confidential or potentially material non-public information. The views and conclusions expressed here may be changed without notice. Continuum Economics, its partners and employees make no representation about the completeness or accuracy of the data, calculations, information or opinions contained in this report. This report may not be copied, redistributed or reproduced in part or whole without Continuum Economics’s express permission. Information contained in this report or relied upon in its construction may previously have been disclosed under a consulting agreement with one or more clients. The prices of securities referred to in the report may rise or fall and past performance and forecasts should not be treated as a reliable indicator of future performance or results. This report is not directed to you if Continuum Economics is barred from doing so in your jurisdiction. Nor is it an offer or solicitation to buy or sell securities or to enter into any investment transaction or use any investment service.
Analyst Certification
I, Francesca Beausang, the lead analyst certify that the views expressed herein are mine and are clear, fair and not misleading at the time of publication. They have not been influenced by any relationship, either a personal relationship of mine or a relationship of the firm, to any entity described or referred to herein nor to any client of Continuum Economics nor has any inducement been received in relation to those views. I further certify that in the preparation and publication of this report I have at all times followed all relevant Continuum Economics compliance protocols including those reasonably seeking to prevent the receipt or misuse of material non-public information.