U.S. President Donald Trump has ordered an end to Hong Kong’s preferential status with the U.S. He has signed a Hong Kong Autonomy Act sanctioning foreign individuals and entities contributing to the erosion of its autonomy. We do not expect the decision to significantly affect Hong Kong’s economy.

The ending of Hong Kong’s special U.S. status would effectively treat the Special Administrative Region (SAR) as the same as mainland China, including ending license exceptions for exports, suspending an extradition agreement and eliminating preferential treatment for Hong Kong passport holders. The U.S. could subject Hong Kong to the same tariffs it imposed on China during the trade war.

While we projected that U.S. tariffs would shave off 0.4-0.5 ppt off Chinese GDP, Hong Kong is not in the same situation, given that it is a highly services-based economy with the services sector accounting for more than 90% of GDP and most of its trade is with the Mainland. Hong Kong’s status as a global financial center, likewise, is not expected to be materially impacted, though the sanctions may undermine some financial services and certain sectors in the SAR. Chief Executive Carrie Lam in late June said that the SAR was prepared for any sanctions and estimated that the impact on Hong Kong would be little, citing alternatives to U.S. technologies. Most importantly, we see the SAR having strong support from China and an enormous hinterland as its market.

Trump said on July 13 that the U.S./China phase-1 trade deal remained “intact,” with China purchasing American goods as set out in the agreement. We believe both sides want to keep the trade agreement despite rising tensions. We feel Trump’s China rhetoric is about domestic U.S. politics, while Beijing sees the agreement benefitting the world. Nevertheless, Beijing will continue to consider the national security law necessary.

Further escalation of U.S./China tensions would prompt some temporary worries in Asian financial markets, though we think this is unlikely to happen. 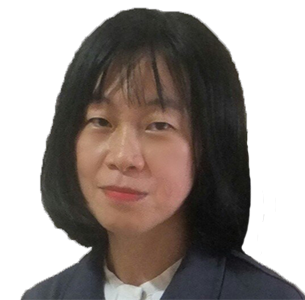 Topics
Thought Asia/Pacific Hong Kong China United States Politics Data Economic Data Asian Markets Now!
4Cast Ltd. and all of its affiliates (Continuum Economics) do not conduct “investment research” as defined in the FCA Conduct of Business Sourcebook (COBS) section 12 nor do they provide “advice about securities” as defined in the Regulation of Investment Advisors by the U.S. SEC. Continuum Economics is not regulated by the SEC or by the FCA or by any other regulatory body. This research report has not been prepared in accordance with legal requirements designed to promote the independence of investment research and is not subject to any prohibition on dealing ahead of the dissemination of investment research. Nonetheless, Continuum Economics has an internal policy that prohibits “front-running” and that is designed to minimize the risk of receiving or misusing confidential or potentially material non-public information. The views and conclusions expressed here may be changed without notice. Continuum Economics, its partners and employees make no representation about the completeness or accuracy of the data, calculations, information or opinions contained in this report. This report may not be copied, redistributed or reproduced in part or whole without Continuum Economics’s express permission. Information contained in this report or relied upon in its construction may previously have been disclosed under a consulting agreement with one or more clients. The prices of securities referred to in the report may rise or fall and past performance and forecasts should not be treated as a reliable indicator of future performance or results. This report is not directed to you if Continuum Economics is barred from doing so in your jurisdiction. Nor is it an offer or solicitation to buy or sell securities or to enter into any investment transaction or use any investment service.
Analyst Certification
I, Siew Huay Liang, the lead analyst certify that the views expressed herein are mine and are clear, fair and not misleading at the time of publication. They have not been influenced by any relationship, either a personal relationship of mine or a relationship of the firm, to any entity described or referred to herein nor to any client of Continuum Economics nor has any inducement been received in relation to those views. I further certify that in the preparation and publication of this report I have at all times followed all relevant Continuum Economics compliance protocols including those reasonably seeking to prevent the receipt or misuse of material non-public information.