Bottom line: Sovereign rating outlooks across OPEC+ are deteriorating on the back of weaker global growth, softer oil demand coupled with excess supply, and an accelerating shakeup of the world’s relationship with non-renewable resources in the wake of COVID-19. Sovereign risk is country-specific but also driven by regional and global themes. Our Country Insights model highlights how these factors interact to affect sovereign risk assessments and indicates where we expect the next rating changes.

Weaker economic growth and longer-term structural/behavioral changes to the oil market from lower demand for air travel, reorganized supply chains and increasing environmental awareness are weighing on crude prices. OPEC expects global oil demand to contract by 9 million barrels a day this year and will take a long time to recover fully. Appetite to invest in costly, riskier and long-lead time projects is much diminished. The squeeze this creates on government revenues puts pressure on budgets of oil-producing economies and weighs on debt-affordability metrics, raising the likelihood of rating downgrades. Our Country Insights model assesses risk and sovereign creditworthiness using more than 25 variables for each country. Each quarter we allocate official ratings agency-equivalent alpha credit ratings to more than 160 countries across DM, EM and FM.

Using Country Insights data, we have constructed an OPEC+ Sovereign Risk Indicator (SRI). The indicator is made up of data across all members, including levels of debt, diversity of exports, exposure to energy and the institutional ability to recover from adverse external shocks and sustain long term economic growth. The institutional variables assess the quality of monetary and fiscal policy, the rule of law and government effectiveness. Domestic and international political risk are also included. The higher the score, the lower the sovereign risk. Figure 1 shows the close correlation of this group’s creditworthiness with the benchmark crude and how sovereign risk across the group has been higher since 2017, compared to 2010-14, alongside the shift in the oil price.

The price per barrel each country needs as a minimum to balance expected spending plans in national budgets is a key indicator of risk. According to the IMF, Algeria has a fiscal breakeven oil price of $157 this year, while Saudi Arabia needs prices at $76 to balance its books, albeit with significant financial reserves. Iraq and Kuwait breakeven with an oil price of around $60. We expect WTI oil prices to slowly recover further in H2 to reach $40 by end-2020 and $45 by end-2021 on the back of a balancing oil market as countries start to lift lockdowns and China-led surging demand. Unless governments are willing to change policies, this outlook means larger budget deficits across much of OPEC or a drawdown of foreign reserves. 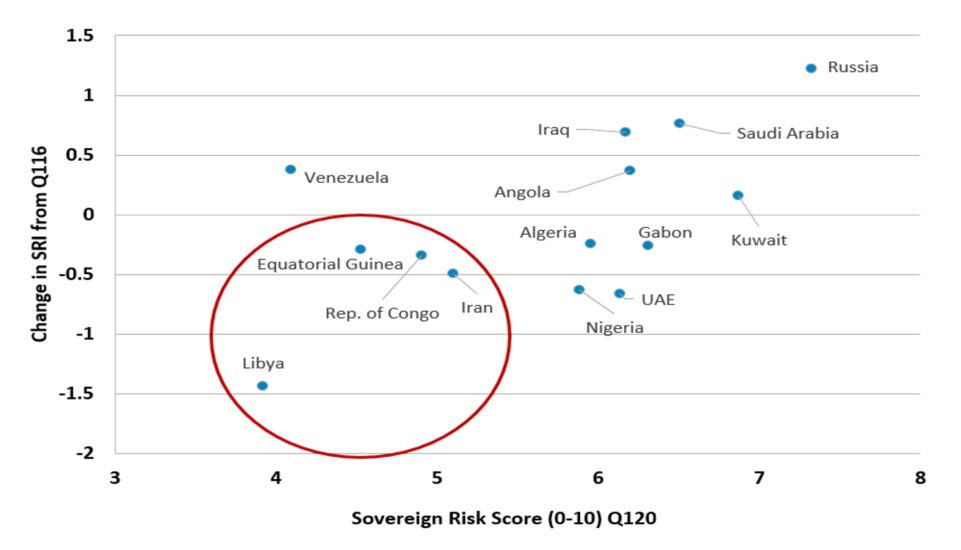 Figure 2 illustrates in more detail how sovereign risk is spread across OPEC members. Libya, in a state of near-total economic collapse, has the lowest score and therefore the highest sovereign risk—and has deteriorated the most in the past five years. Although income will be boosted as oil production comes back online, it won’t shift Libya’s shadow credit rating from CCC-. Economy-battering sanctions in Iran are restricting oil exports, and so the country is less exposed to prices than it might otherwise have been. Although Iran runs a large deficit, we put our outlook at B- rating. In the Republic of Congo, severe liquidity pressures are exacerbated by the oil shock there, and government receipts two-thirds dominated by oil receipts under strain, putting our outlook at CC. Venezuela’s oil output has crashed to its lowest level in decades and what production there is sold at a huge discount. We rate Venezuela as having little prospect of recovery as things stand and at an extremely high risk of default. Russia and Saudi Arabia, which have around $550 billion and $625 billion, respectively, of financial reserves, will avoid rating downgrades. Diversification offers a way beyond oil, but the near-term global contraction in trade will curb non-oil exports too.

Only the Strongest Survive

The foremost uncertainty for OPEC+ in H2 is whether there is a second major global COVID-19 wave, which would involuntarily temper oil demand. OPEC+ does not have enough cohesion in this scenario to reduce production further and this would see oil prices falling to $20. A sustained drop to this level would see heightened sovereign risk levels and further credit rating downgrading across OPEC.

Changing geopolitical alliances, trade flows and reorganized supply chains mean the sovereign risk is likely to be more volatile in the future. Substantially deteriorating current accounts and plummeting oil revenues and the broader economic impact of coronavirus will likely be insufficient to offset soaring fiscal and external financing requirements. These collectively will weigh on all members of OPEC, with some better equipped than others with policy space and financial reserves. Weaker and smaller OPEC members will be less able to sustain lower prices and have less leverage. Venezuela is likely to be amongst those being downgraded by us in the next update. 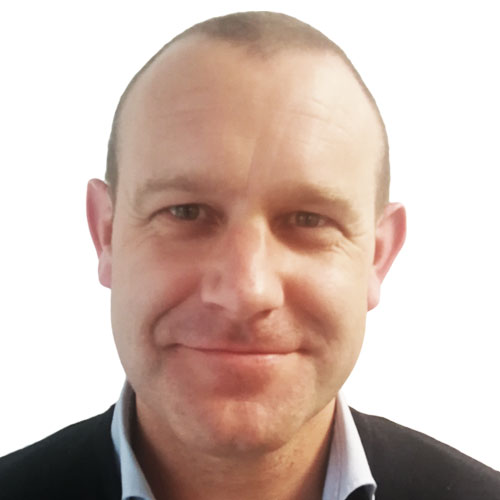 EMEA and the Sources of Pandemic Resilience June 30, 2020 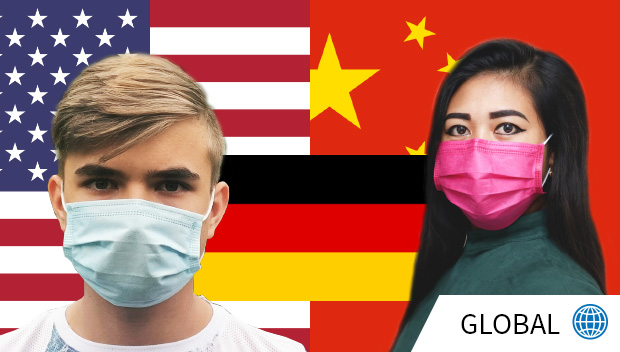 Topics
Country Insights Update Global Views Oil Coronavirus Saudi Arabia Russia Venezuela Data Economic Data Market Data Developed Markets Emerging Markets All Markets Emerging EMEA Emerging Asia FX & Money Markets Now! FX & Money Markets Now! (Asia) FX & Money Markets Now! (Europe) FX & Money Markets Now! (North America) Global Bond Markets Now!
4Cast Ltd. and all of its affiliates (Continuum Economics) do not conduct “investment research” as defined in the FCA Conduct of Business Sourcebook (COBS) section 12 nor do they provide “advice about securities” as defined in the Regulation of Investment Advisors by the U.S. SEC. Continuum Economics is not regulated by the SEC or by the FCA or by any other regulatory body. This research report has not been prepared in accordance with legal requirements designed to promote the independence of investment research and is not subject to any prohibition on dealing ahead of the dissemination of investment research. Nonetheless, Continuum Economics has an internal policy that prohibits “front-running” and that is designed to minimize the risk of receiving or misusing confidential or potentially material non-public information. The views and conclusions expressed here may be changed without notice. Continuum Economics, its partners and employees make no representation about the completeness or accuracy of the data, calculations, information or opinions contained in this report. This report may not be copied, redistributed or reproduced in part or whole without Continuum Economics’s express permission. Information contained in this report or relied upon in its construction may previously have been disclosed under a consulting agreement with one or more clients. The prices of securities referred to in the report may rise or fall and past performance and forecasts should not be treated as a reliable indicator of future performance or results. This report is not directed to you if Continuum Economics is barred from doing so in your jurisdiction. Nor is it an offer or solicitation to buy or sell securities or to enter into any investment transaction or use any investment service.
Analyst Certification
I, Grant Hixon, the lead analyst certify that the views expressed herein are mine and are clear, fair and not misleading at the time of publication. They have not been influenced by any relationship, either a personal relationship of mine or a relationship of the firm, to any entity described or referred to herein nor to any client of Continuum Economics nor has any inducement been received in relation to those views. I further certify that in the preparation and publication of this report I have at all times followed all relevant Continuum Economics compliance protocols including those reasonably seeking to prevent the receipt or misuse of material non-public information.