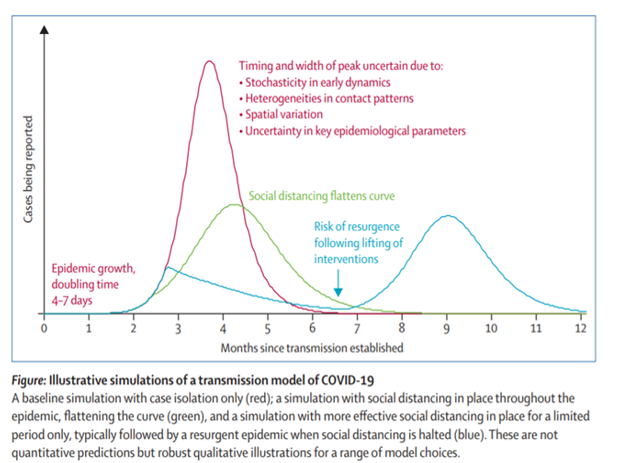 The U.S. equity market has entered bear territory with a quick 20% drop since February 19. Speculative players are now in full bearish mood, while institutional players have shifted to offloading some vulnerable holdings. Where will the S&P500’s bottom be?

Valuations in equity terms are not yet cheap for the U.S., which has normally been one trigger at the end of a bear market. However, this was not the case in 2009 when much lower government bond yields and huge fiscal policy stimulus put a bottom in place. The key this time is the peak of COVID-19, and the answer does not look pretty.

A number of points are worth making re COVID-19: 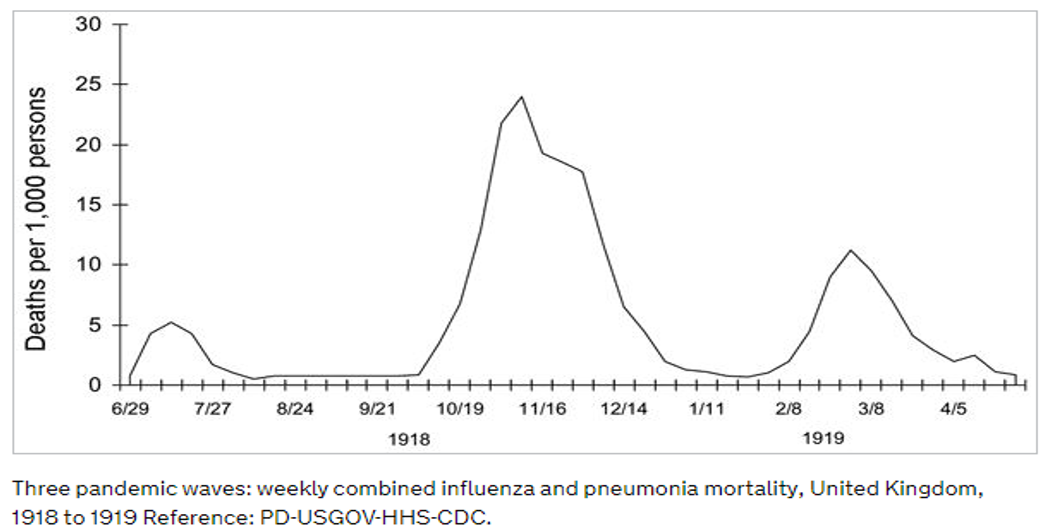 What does mean for the S&P500 bear market? We feel that using the Chinese experience of the daily number of new cases peaking over a one-two month period (Figure 3), will likely be an underestimate as other countries are reluctant to undertake the full-scale shutdown seen in China. We thus pencil in a further two-four months before a clear peak in Europe and the U.S. Equity market sentiment will likely be temporarily supported by stimulative measures as has already been seen from the Fed, the UK and a number of Asian economies. However, this stimulative narrative is not yet on the scale of 2009, due to policy constraints on monetary and fiscal policy. Additionally, the cooperative spirit of the G20 in 2009 is missing. Trump’s labeling of a foreign virus plays a domestic political blame game rather than global leadership. This narrative may not change much in the near-term until the U.S. cases of COVID-19 climb to Italian or Chinese levels. Trump knows that it will take time to agree a fiscal stimulus package with the House Democrats and the odds remain that the first package will not be on the scale of Barack Obama’s action in 2009. 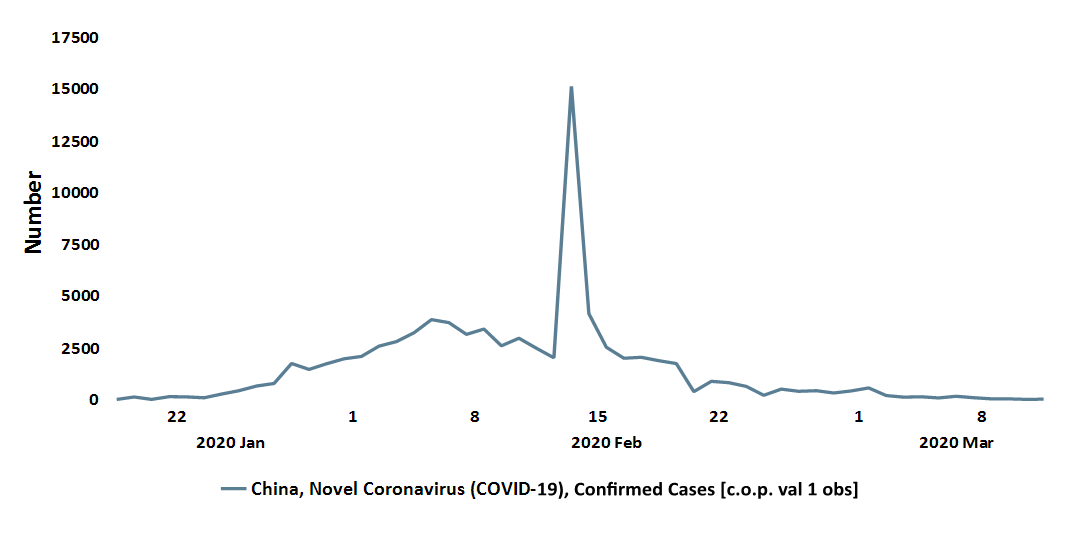 Earnings downgrades will also likely feed the bear market. S&P500 2020 earnings have not been adjusted sufficiently to a pandemic that avoids a full-scale U.S. recession. We feel that 2020 S&P500 earnings could eventually be cut to 150 per share (-8% versus 2019). Bear markets normally end with cheap valuations and an exhaustion of the negative news flow. One argument is that the 2009 bottom has shown that the market does not need to be cheap on long-term valuations provided that the Fed aggressively cuts rates and government bond yields fall. Using the March 2009 12mth forward P/E ratio of 12.6 would translate into 1920 on the S&P500 using 2020 S&P500 earnings at 150. Being generous and assuming a COVID-19 vaccine, containment and economic recovery could produce a ballpark of 2021 S&P500 earnings of say 165-170. If the equity market were forward-looking then this would mean value at 2100-2200. Note these are not the worst case, where a deep U.S. recession would be triggered by a major or severe pandemic.

Bear markets also have sharp multi-week squeezes as well as the one-two day technical rallies that we have seen since February 19. Candidates for causing squeeze will likely include aggressive Fed action on March 18, where 50bps is now expected—but it is possible that the Fed could cut 75-100bps and promise the start of QE4. Second, the G20 will likely hold a conference call soon and promise action, though markets will also want to see detail. Third, the pandemic could become regional rather than global, centered on Europe and not Asia/EM, which would allow the market to think about recovery in Asia. Fourth, the Saudi-Russia oil price war will come to an end in the next few months, given that Vladimir Putin needs to boost popularity before the September 2021 Duma elections (though this is double-edged, as many economies will eventually benefitting from lower oil prices).

All of these catalysts can produce sharp rallies, but without COVID-19 cases peaking, we would remain bearish. Our initial target of 2700 from March 4 has now been met and our multi-month target is 2350. 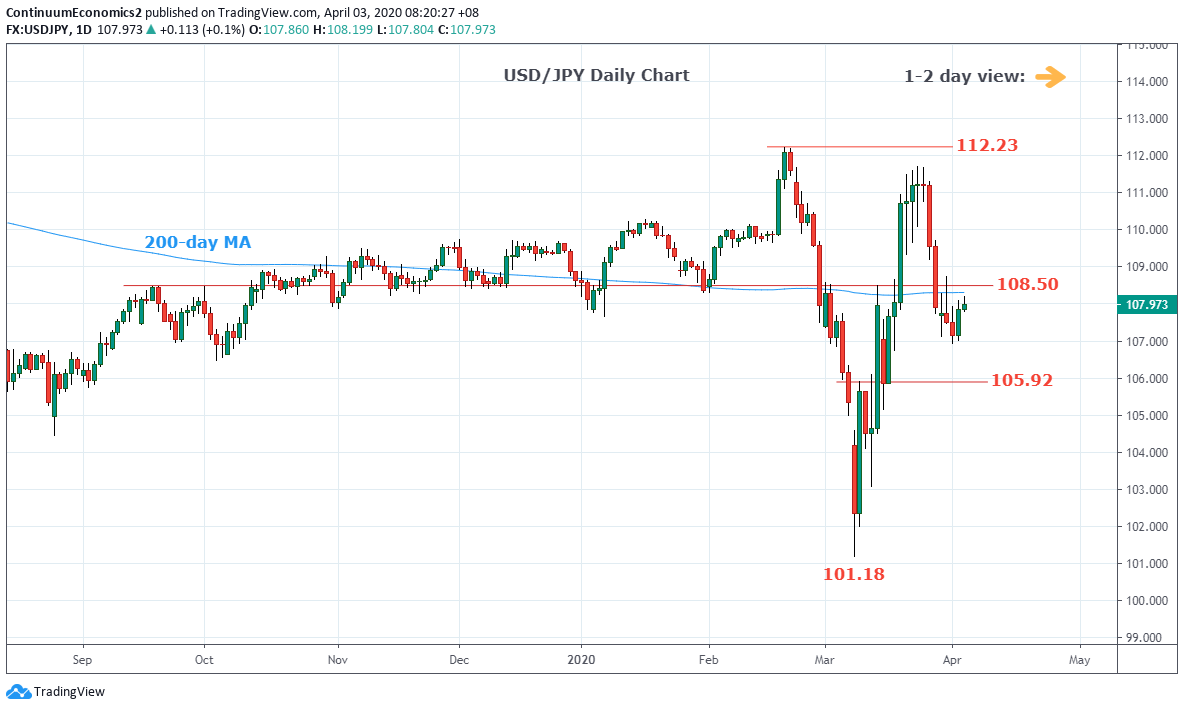 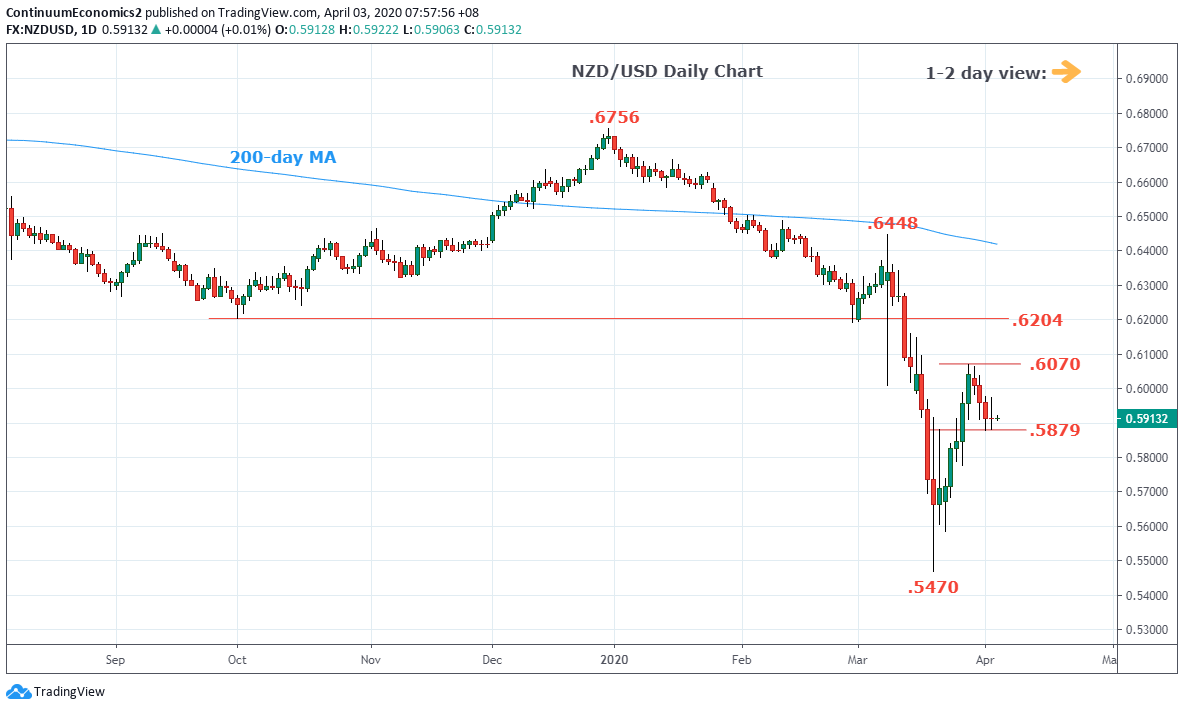 Topics
North America United States US S&P Comp. Market Data Developed Markets Federal Reserve Bank Policy Politics Coronavirus Equities Equity Indices All Markets Oil Asia/Pacific Western Europe Eurozone Russia Saudi Arabia
4Cast Ltd. and all of its affiliates (Continuum Economics) do not conduct “investment research” as defined in the FCA Conduct of Business Sourcebook (COBS) section 12 nor do they provide “advice about securities” as defined in the Regulation of Investment Advisors by the U.S. SEC. Continuum Economics is not regulated by the SEC or by the FCA or by any other regulatory body. This research report has not been prepared in accordance with legal requirements designed to promote the independence of investment research and is not subject to any prohibition on dealing ahead of the dissemination of investment research. Nonetheless, Continuum Economics has an internal policy that prohibits “front-running” and that is designed to minimize the risk of receiving or misusing confidential or potentially material non-public information. The views and conclusions expressed here may be changed without notice. Continuum Economics, its partners and employees make no representation about the completeness or accuracy of the data, calculations, information or opinions contained in this report. This report may not be copied, redistributed or reproduced in part or whole without Continuum Economics’s express permission. Information contained in this report or relied upon in its construction may previously have been disclosed under a consulting agreement with one or more clients. The prices of securities referred to in the report may rise or fall and past performance and forecasts should not be treated as a reliable indicator of future performance or results. This report is not directed to you if Continuum Economics is barred from doing so in your jurisdiction. Nor is it an offer or solicitation to buy or sell securities or to enter into any investment transaction or use any investment service.
Analyst Certification
I, Mike Gallagher, the lead analyst certify that the views expressed herein are mine and are clear, fair and not misleading at the time of publication. They have not been influenced by any relationship, either a personal relationship of mine or a relationship of the firm, to any entity described or referred to herein nor to any client of Continuum Economics nor has any inducement been received in relation to those views. I further certify that in the preparation and publication of this report I have at all times followed all relevant Continuum Economics compliance protocols including those reasonably seeking to prevent the receipt or misuse of material non-public information.