January’s employment report maintains a solid trend, with mild weather probably supporting the above-trend month, but there were no major surprises. While the March 2019 benchmark was negative, as expected, subsequent revisions were positive. 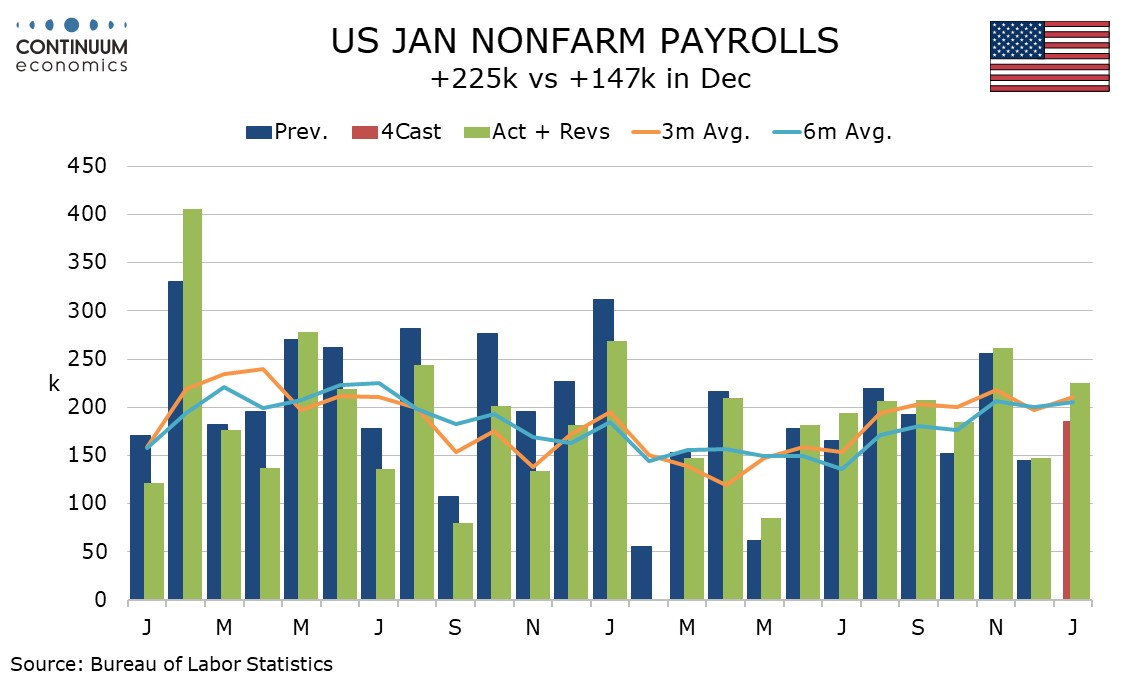 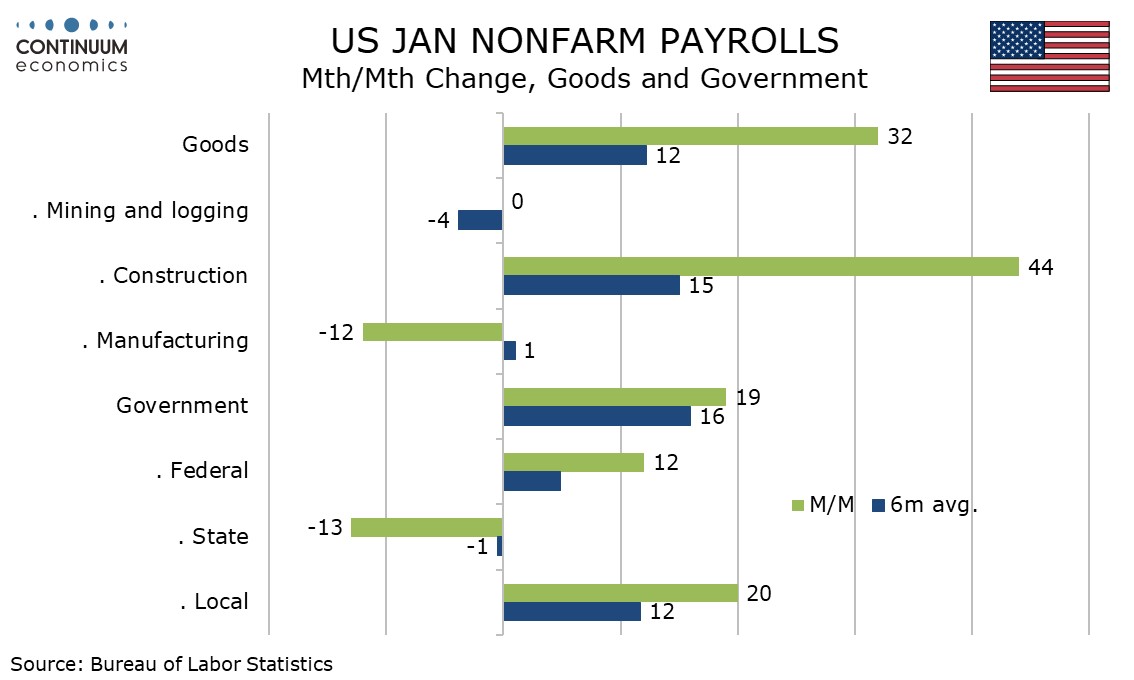 Construction at 44,000 and education and health at 72,000 were the most notable above-trend sectors. A mix of mild weather and a healthy housing sector supported construction payrolls, while education and health rebounded from a below-trend December. Manufacturing fell by 12,000, largely due to the auto sector. Otherwise, it was an unremarkable monthly report. 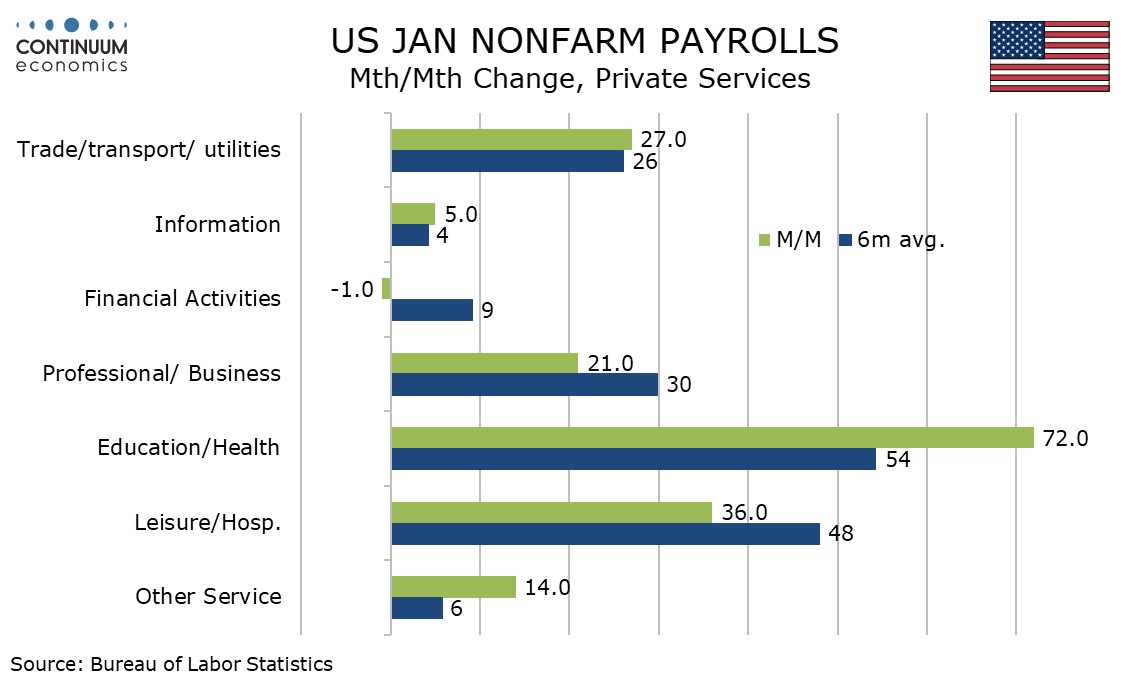 The March 2019 benchmark was revised down by a substantial 514 thousand on a seasonally adjusted basis, but the Labor Department had already warned of a significant downward revision. Job growth in the year to March 2019 was revised down by an average of 41,000 per month, with the 6-month average bottoming out at 145 thousand in February 2019. However, the revisions to post-March months were net positive. While December’s level was revised down slightly to 422 thousand, there was an average upward revision of 10,000 per month between March and December in 2019. 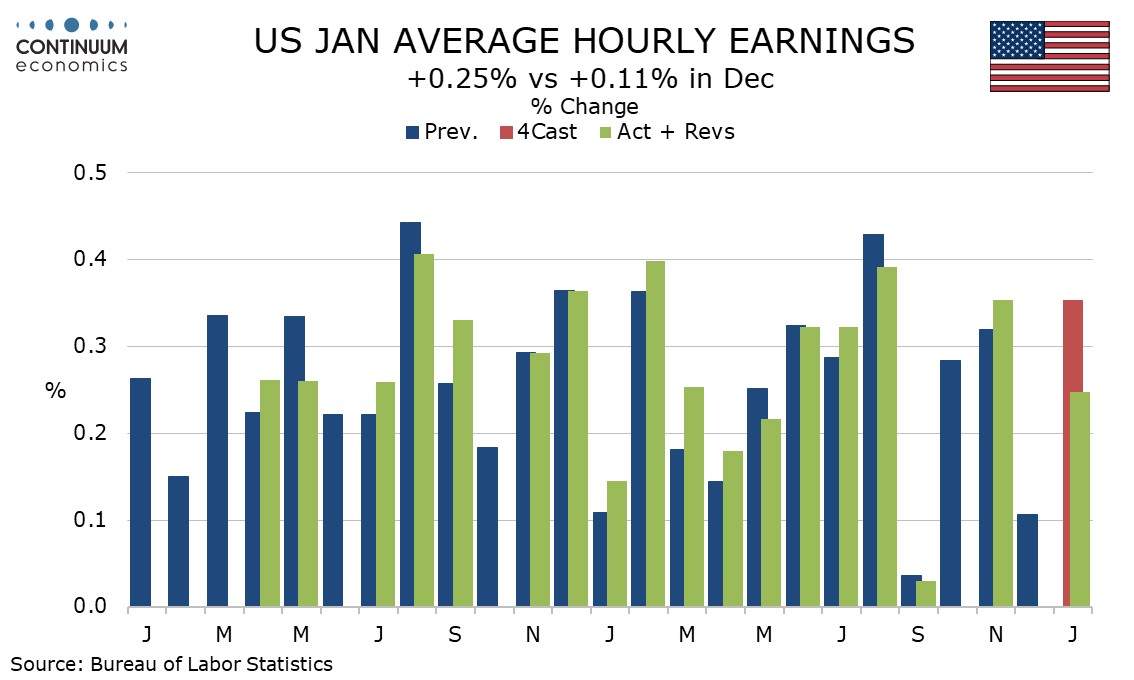 Average hourly earnings came in below consensus with a 0.2% headline increase, but the rise was 0.247% before rounding and revisions in 2019 were positive. 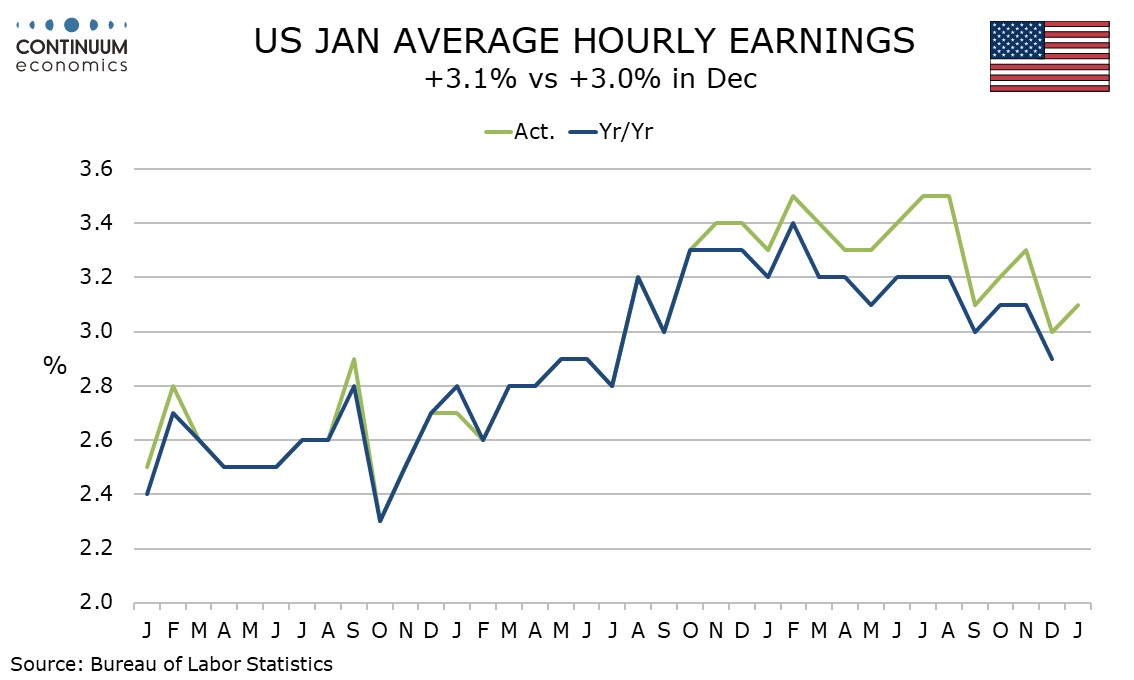 Average hourly earnings data for July and August 2019 were revised up to 3.5% y/y from 3.2% y/y, which means there has been a slowing in the subsequent months, with January's growth rate at 3.1% y/y. Minimum wage increases in several states and cities may have inflated the 2019 data, so the recent slowing may not be a sign of weakness. Still, wage growth is maintaining a moderate trend, suggesting little upside inflationary risk. 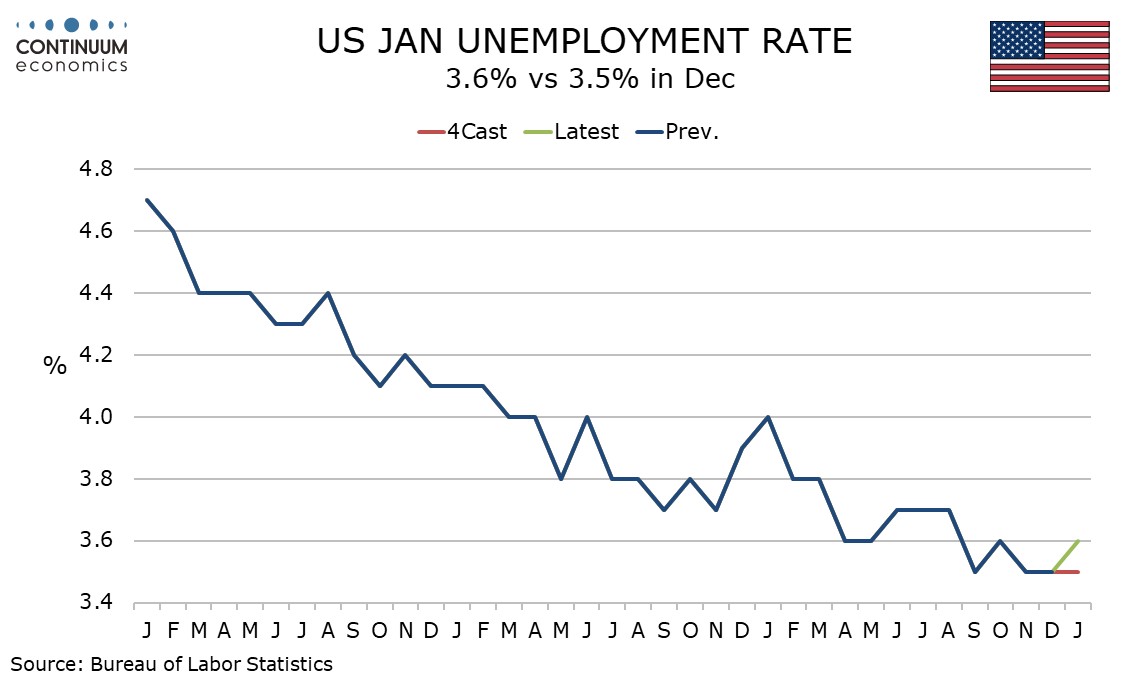 The rise in the unemployment rate to 3.6% from 3.5% was unexpected, but it came from increased strength in the labor force, which surged by 574 thousand net of a population control adjustment (a one-time break in the series). The household survey showed a strong 418 thousand increase in employment net of the adjustment. 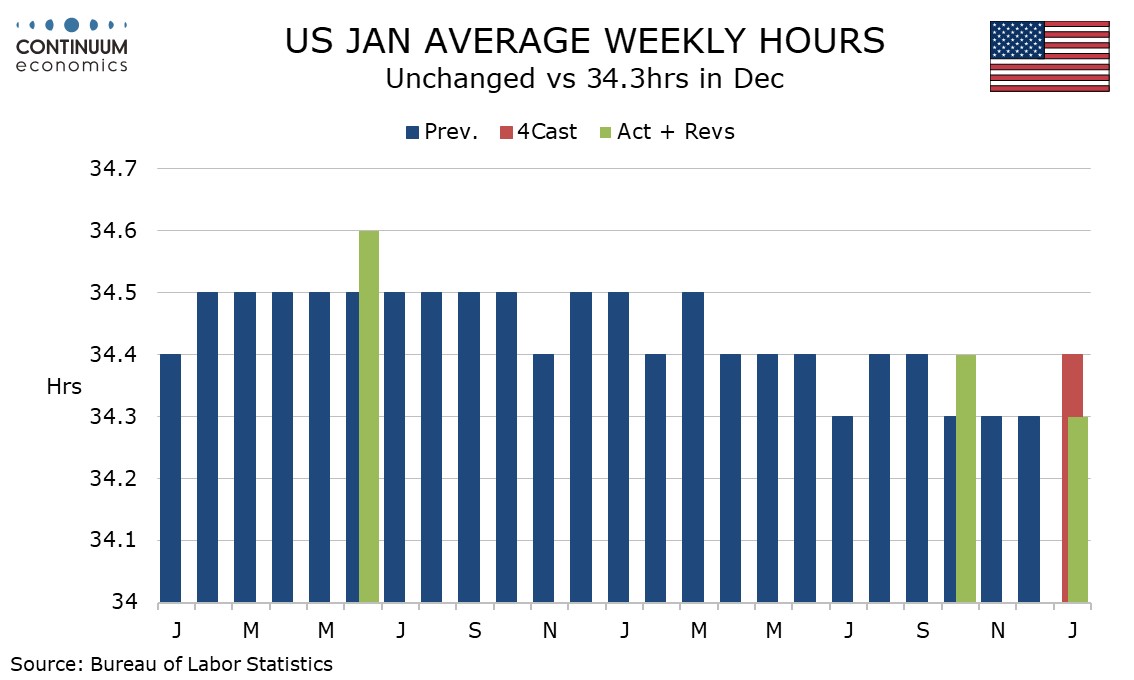 The workweek remained at 34.3 hours, continuing the slowdown from Q4. Therefore, the payroll increase, while healthy, does not point to an acceleration in GDP growth in Q1. 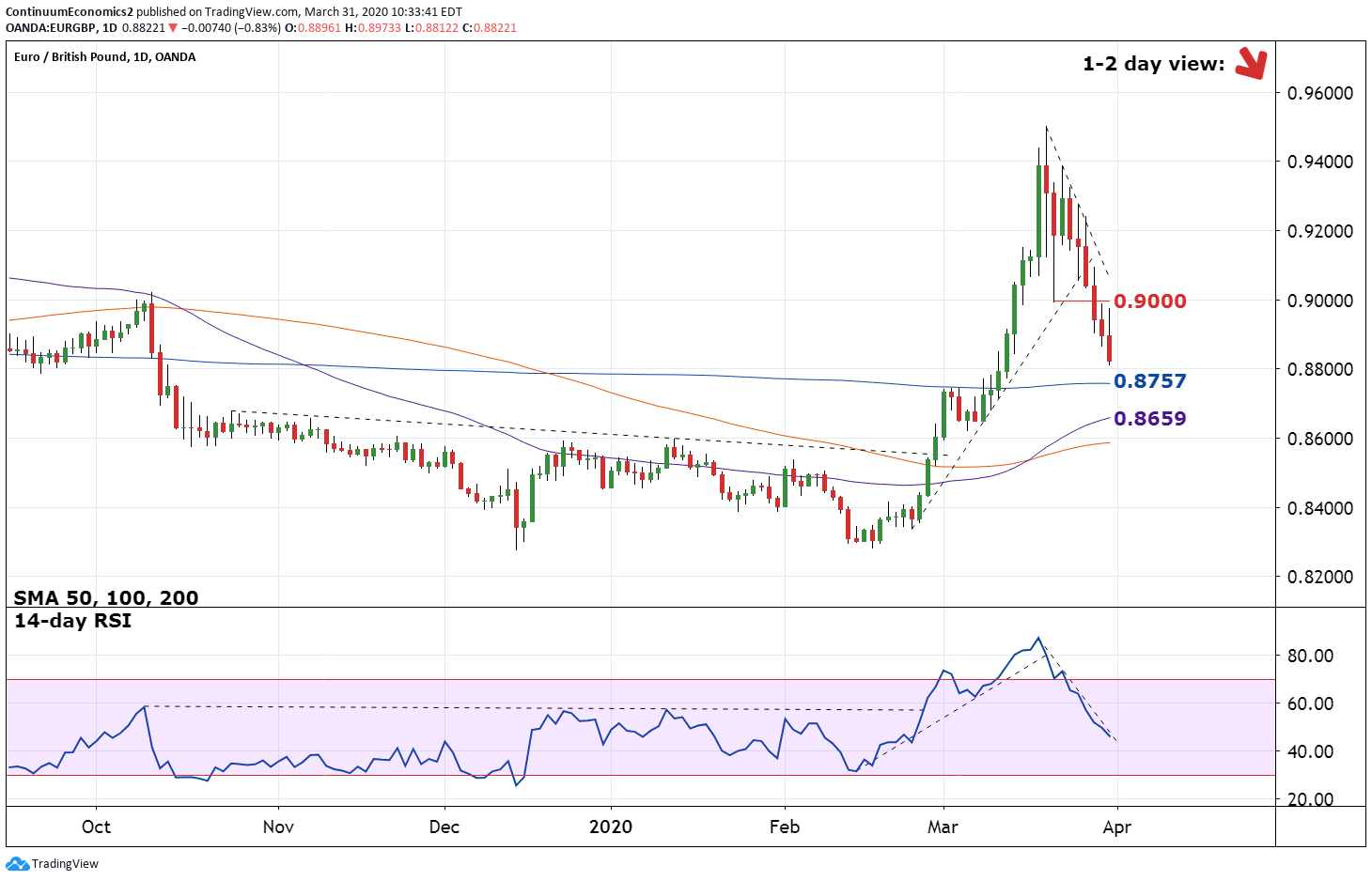