Bottom line: While there are concerns that events in the Middle East will spiral out of control, it is more likely that Iran’s response to the assassination of top general Qassem Soleimani will be measured and designed to avoid major escalation. After a temporary period, geopolitical tensions will likely de-escalate and oil prices drift lower. We maintain the view that WTI will end 2020 at $55, as new supply from Brazil and Norway adds to the further expansion of shale oil production in the U.S. 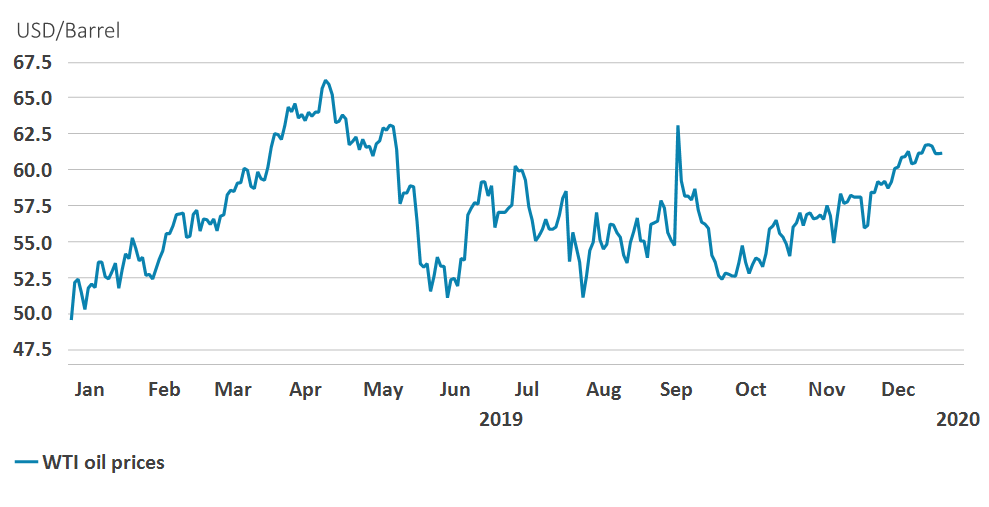 Uncertainty is high over Iran’s response to the killing of Soleimani. Worst case is a high profile strike against U.S. assets in the Middle East (military or civilian) that prompts a disproportionate response from President Trump. It is more likely that a measured response will be seen from Iran due to a number of factors.

A calibrated response from Iran will likely have four elements. First, attack via proxies. This could involve some form of incident in Syria, Yemen, Iraq or against Saudi facilities, but perhaps not on the scale of the September 2019 attack on Saudi oil facilities. Second, an attack on oil tankers in the Strait of Hormuz. Iran could also harass or attack shipping coming from Saudi Arabia to push oil prices higher on a temporary basis and also attract a lot of PR in the West over the risk of higher fuel costs and hence pressure Western politicians. This will likely stop short of a blockade and is likely to follow the pattern seen in 2019. Third, the threat of accelerated uranium enrichment. Iran has already signaled over the weekend that it will suspend all limits on uranium enrichment and remove all curbs on the number of centrifuges in operation, which will increase fears of nuclear weapons’ capability in the future. However, Iran has not completely ended the 2015 agreement and will cooperate with the UN international atomic energy agency. This suggests that current Iran action may only be temporary. Finally, cyberattacks. Iran has capabilities to attack U.S. commercial interests via cyberattacks, but this would need to be measured as the U.S. capabilities are greater.

If the Iranian response is measured, then it will likely only see a modest further retaliation from the U.S. Trump’s motives are mixed and potentially transitory. Additionally, the U.S. would also want to maintain troops in Iraq to avoid a new Iraq civil war and allow Iran or ISIS to capitalize on the vacuum. On balance, financial markets’ worst fears are unlikely to be realized.

Indeed, looking at back month oil prices, the reaction has been more limited than spot prices, as the oil market sees this as a temporary geopolitical risk and supply threat. The fundamentals of the oil market in 2020 still remain that new supply in the U.S. will be supplemented by fields in Brazil and Norway, which should push oil prices lower in H2 2020. We still stick with our forecast of $55 WTI by end 2020. 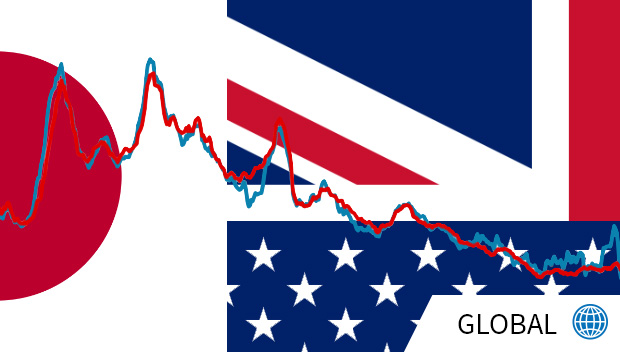 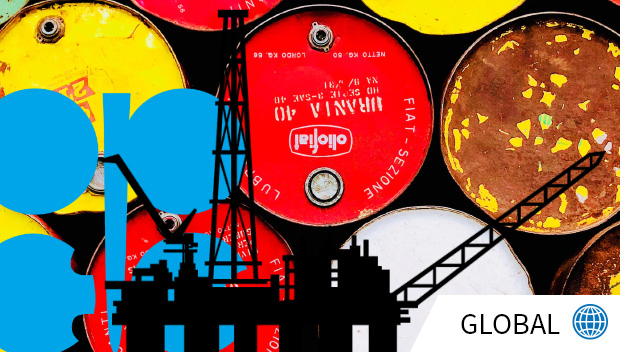 Topics
Global Views United States Politics Policy Policy Insights Emerging EMEA Oil
4Cast Ltd. and all of its affiliates (Continuum Economics) do not conduct “investment research” as defined in the FCA Conduct of Business Sourcebook (COBS) section 12 nor do they provide “advice about securities” as defined in the Regulation of Investment Advisors by the U.S. SEC. Continuum Economics is not regulated by the SEC or by the FCA or by any other regulatory body. This research report has not been prepared in accordance with legal requirements designed to promote the independence of investment research and is not subject to any prohibition on dealing ahead of the dissemination of investment research. Nonetheless, Continuum Economics has an internal policy that prohibits “front-running” and that is designed to minimize the risk of receiving or misusing confidential or potentially material non-public information. The views and conclusions expressed here may be changed without notice. Continuum Economics, its partners and employees make no representation about the completeness or accuracy of the data, calculations, information or opinions contained in this report. This report may not be copied, redistributed or reproduced in part or whole without Continuum Economics’s express permission. Information contained in this report or relied upon in its construction may previously have been disclosed under a consulting agreement with one or more clients. The prices of securities referred to in the report may rise or fall and past performance and forecasts should not be treated as a reliable indicator of future performance or results. This report is not directed to you if Continuum Economics is barred from doing so in your jurisdiction. Nor is it an offer or solicitation to buy or sell securities or to enter into any investment transaction or use any investment service.
Analyst Certification
I, Mike Gallagher, the lead analyst certify that the views expressed herein are mine and are clear, fair and not misleading at the time of publication. They have not been influenced by any relationship, either a personal relationship of mine or a relationship of the firm, to any entity described or referred to herein nor to any client of Continuum Economics nor has any inducement been received in relation to those views. I further certify that in the preparation and publication of this report I have at all times followed all relevant Continuum Economics compliance protocols including those reasonably seeking to prevent the receipt or misuse of material non-public information.