October's non-farm payroll print is unexpectedly strong, and with revisions, it suggests that trend has slowed less than previously thought. 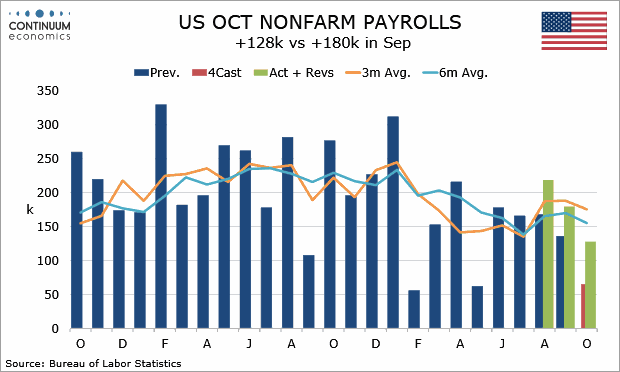 The employment trend appears to have stabilized or even marginally accelerated in recent months. The current pace of job creation is consistent with an economy at least growing near potential. Given that the main risk to the economy was that trade-generated weakness would spread to employment, which would undermine the consumer, a still-healthy labor market suggests that near-potential growth can continue in the near term. 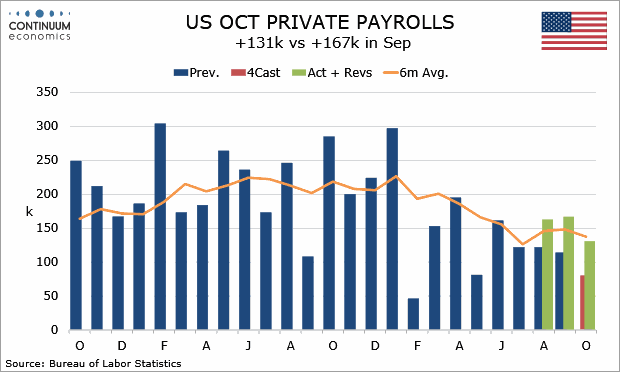 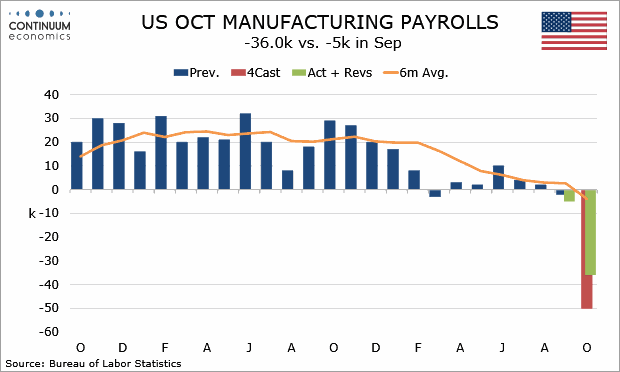 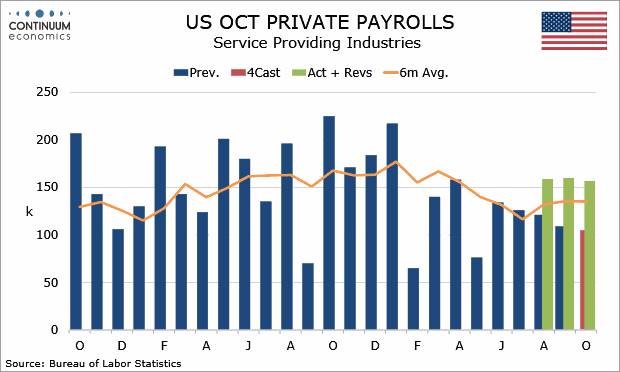 Leisure and hospitality, which had been very weak from February through July, led the recent improvement in private sector services, including this month's revisions. Some of the recent improvement in seasonally adjusted payrolls may reflect easier seasonal adjustments. However, this also suggests that the slowdown in hiring in the spring, which is usually heavy hiring season, may have been due to a shortage of available workers. 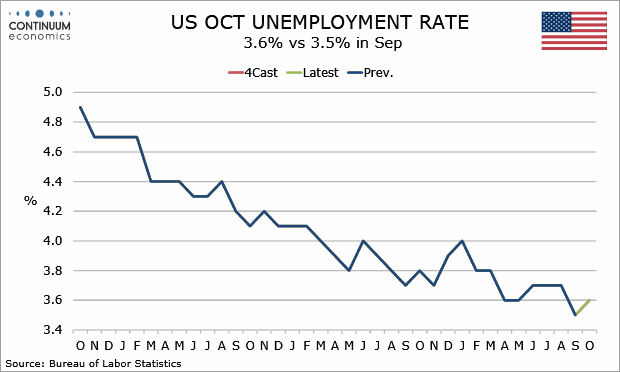 The unemployment rate remains low, even if it corrected higher to 3.6% from September's nearly 50-year low of 3.5%. The unemployment rise came from a 325 thousand increase in the labor force. Employment in the household survey increased by 241 thousand and outperformed payrolls for the sixth straight month. While non-farm payrolls are correcting from the slowdown seen from spring through early summer, the household survey is correcting in a more dramatic fashion. 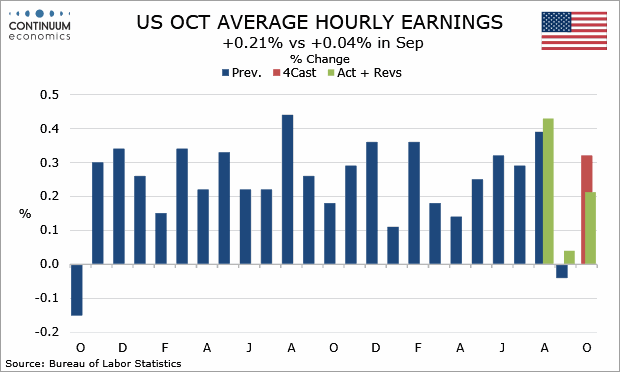 However, the tightness of the labor market is having some impact on wages, with average hourly earnings up by a weaker-than-expected 0.2% (0.21% before rounding). If looking at upward revisions to August and September though, which are only visible before rounding, the net increase is 0.32%. Not even the earnings data are weaker than expected after revisions, but y/y growth is unchanged at 3.5%.