Bottom line: The U.S. House of Representatives is set to vote on establishing grounds for the impeachment inquiry, which brings us to a new phase. U.S. President Donald Trump will likely double down on attacks, but he will also look to use diversionary tactics. One possible tactic would be allowing a government shutdown after November 22. Such a tactic could backfire, however, as the passage of the U.S.-Mexico-Canada Agreement (USMCA) through Congress would become difficult. U.S./China trade negotiations are also more difficult than financial markets discount.

Thursday’s vote marks renewed momentum in the House impeachment investigations, which will produce public hearings on the Ukraine affair. Trump will likely respond by going on the offensive, and the Trump PR machine will likely shift into overdrive to attack the Democrats’ push and apply pressure before any testimonies on Capitol Hill. However, it now seems that the process will drag into 2020 and an impeachment vote in the House is probable in January at the earliest. This would open up the way for the Republicans to hold an impeachment trial, where expectations remain that the Senate will not impeach Trump.

For the 2020 presidential election, Trump’s approval rating remains within the experience of the last couple of years and would have to deteriorate below 35% approval before he and the Republicans would become seriously worried. However, the Republicans are concerned that Democratic presidential candidate Joe Biden has managed to be resilient in the polls since the impeachment investigations started, as Trump is worried about a head-to-head with Biden in November 2020.

Any attack will have to be supplemented with deflection, which will come through shifting the media focus elsewhere. One option for deflection is to not approve a short-term spending bill, which would mean another shutdown in the U.S. government from November 22. Trump will likely be biased in this direction, as he could claim that the Democrats are blocking government and also stopping funds for the Wall (allowing Trump to play the immigration card and rally his base). A breakthrough short-term funding deal is possible by November 22, but the odds are 60% that Trump will engineer a shutdown to deflect attention from the impeachment.

Meanwhile, the U.S./China trade war is not as benign as financial markets believe.

First, the “phase one” U.S./China trade deal is not gaining momentum. Crucially, China distrusts Trump and his negotiating team, while it is important for China that the December 15 tariff is canceled and not merely postponed. Political calculations 12 months before a U.S. presidential election would normally make a U.S. president eager to get a “trade deal” and then a trade truce. However, the impeachment investigation is taking up Trump’s bandwidth. A mini trade deal is still probable before the end of the year, but canceling the previously planned October tariff increase and delaying the December increase will hardly boost the economy. Additionally, the U.S. is unlikely to reverse previous tariff increases.

Second, financial markets have forgotten that the U.S./China hiked tariffs in May and July and that the adverse effects are still feeding through to the global economy. Hopes of a recovery in global trade and manufacturing appear premature, and this will likely disappoint the U.S. equity market during the winter. 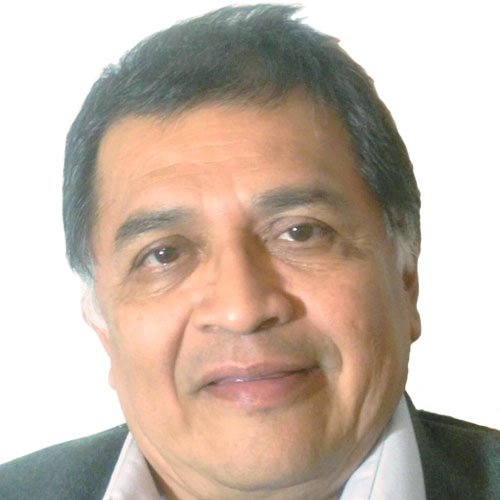 Topics
North America United States Mexico Canada Politics
4Cast Ltd. and all of its affiliates (Continuum Economics) do not conduct “investment research” as defined in the FCA Conduct of Business Sourcebook (COBS) section 12 nor do they provide “advice about securities” as defined in the Regulation of Investment Advisors by the U.S. SEC. Continuum Economics is not regulated by the SEC or by the FCA or by any other regulatory body. This research report has not been prepared in accordance with legal requirements designed to promote the independence of investment research and is not subject to any prohibition on dealing ahead of the dissemination of investment research. Nonetheless, Continuum Economics has an internal policy that prohibits “front-running” and that is designed to minimize the risk of receiving or misusing confidential or potentially material non-public information. The views and conclusions expressed here may be changed without notice. Continuum Economics, its partners and employees make no representation about the completeness or accuracy of the data, calculations, information or opinions contained in this report. This report may not be copied, redistributed or reproduced in part or whole without Continuum Economics’s express permission. Information contained in this report or relied upon in its construction may previously have been disclosed under a consulting agreement with one or more clients. The prices of securities referred to in the report may rise or fall and past performance and forecasts should not be treated as a reliable indicator of future performance or results. This report is not directed to you if Continuum Economics is barred from doing so in your jurisdiction. Nor is it an offer or solicitation to buy or sell securities or to enter into any investment transaction or use any investment service.
Analyst Certification
I, Mike Gallagher, the lead analyst certify that the views expressed herein are mine and are clear, fair and not misleading at the time of publication. They have not been influenced by any relationship, either a personal relationship of mine or a relationship of the firm, to any entity described or referred to herein nor to any client of Continuum Economics nor has any inducement been received in relation to those views. I further certify that in the preparation and publication of this report I have at all times followed all relevant Continuum Economics compliance protocols including those reasonably seeking to prevent the receipt or misuse of material non-public information.