In-Depth Research: : Implications of US Sep Employment - Growth has slowed but no recession warning here

Near consensus private payrolls are consistent with a moderate slowdown in activity. Earnings were weak but unemployment lower, meaning no significant net change in Fed perceptions is likely. 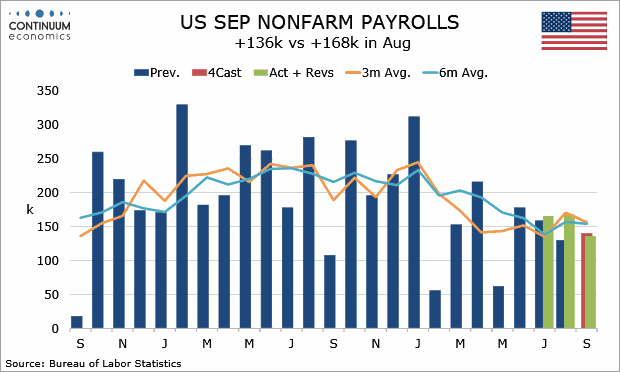 The 136k increase in Sep's non-farm payroll was near consensus though stronger if 45k in upward back month revisions are taken into account. Private payrolls rose by 114k with 17k in net upward revisions. There the 131k net increase is almost spot on expectations. 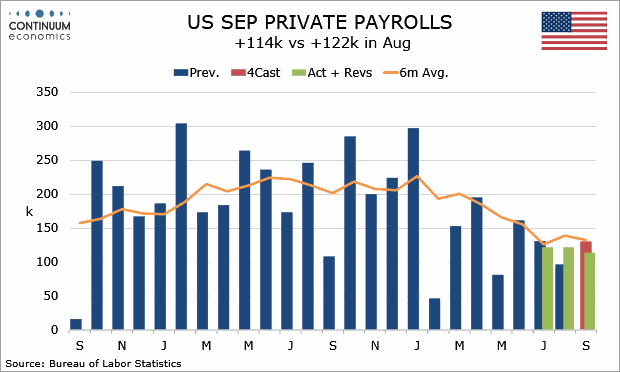 Sep's rise in government came from state and local government, surprisingly not from temporary census work for the Federal government which added only 1k. These job gains may be sustained. 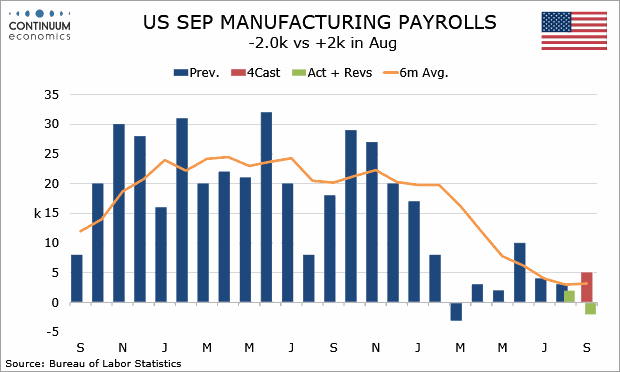 Private payrolls after revisions look very similar in each month of Q3, with Jul and Aug now both at 122k and the 3 month average at 119k, the slowest quarter since Jun 2012 but still consistent with respectable growth. 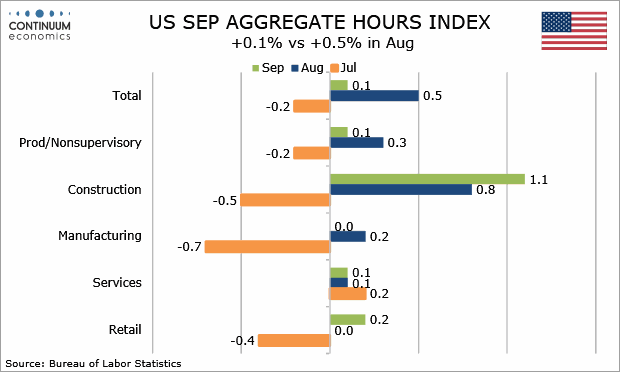 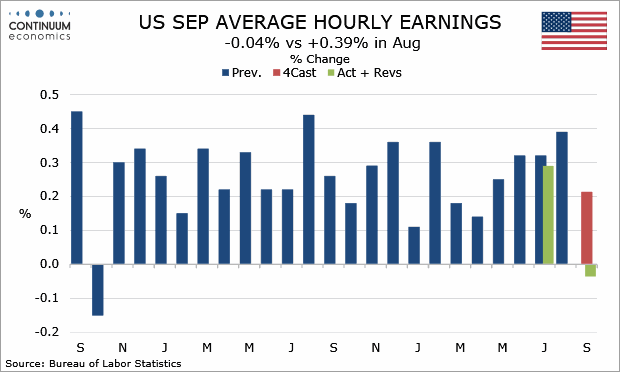 While there were few standouts in the non-farm payroll breakdown with most components growing but less impressively than before, construction saw a strong rise in aggregate hours worked for a second straight month, backing other signals that the housing market is responding to lower rates. 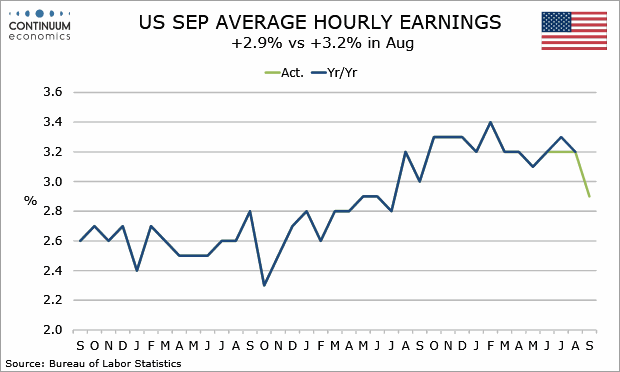 Average hourly earnings surprised on the downside, following Aug's above trend 0.4% increase with a flat outcome, marginally negative before rounding. Yr/yr growth of 2.9% from 3.2% is the slowest since Jul 2018. 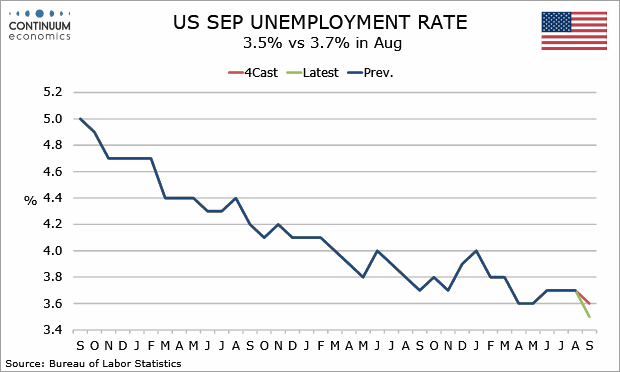 The slowdown in earnings came despite a fall in unemployment to 3.5%, the lowest since Dec 1969. The household survey's details were positive, employment up by 391k and the labor force up by 117k. The household survey has outperformed the non-farm payroll for 5 straight months, after underperforming earlier in the year.