Our view is that the Peoples’ Bank of China (PBoC) will continue to gradually loosen monetary policy in 2019-2020. In times of slowing economic growth and threats of financial instability, the PBoC has kept its monetary policy accommodative without loosening excessively. This is brought about through mostly stable interest rate policy and some currency weakness. Even with economic growth momentum threatening on the downside, we do not expect the PBoC to be excessively concerned and intervene too much. 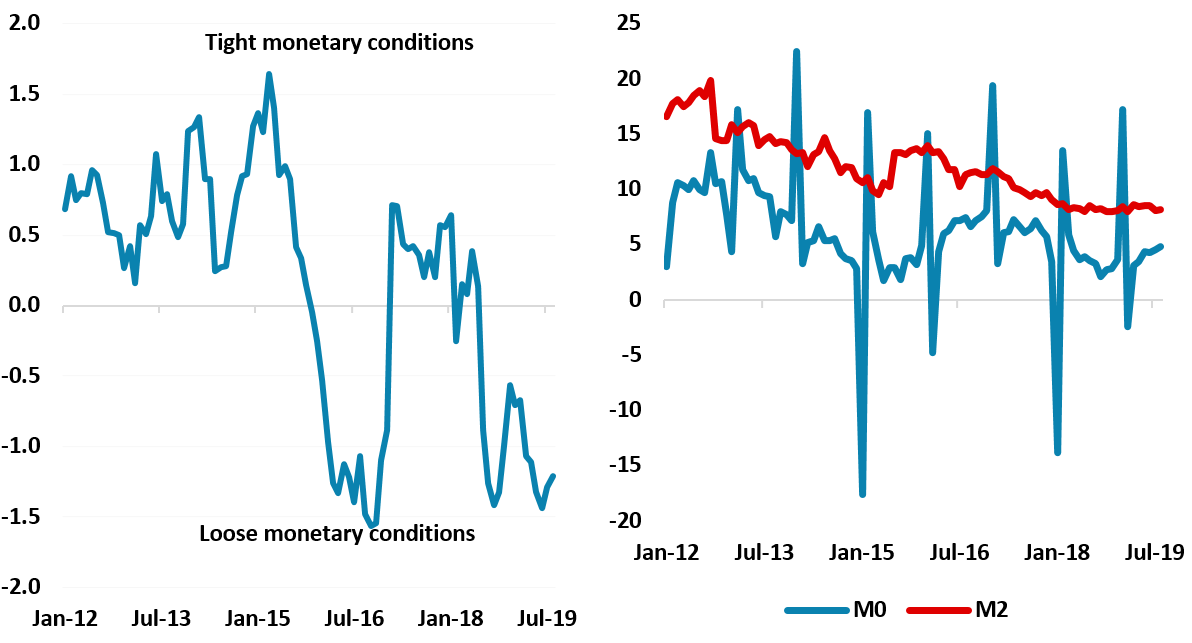 Monetary Conditions are Currently Loose but Unable to Boost Growth

Currently, the PBoC has kept near-term liquidity (M0 growth) abundant but is not yet raising money supply (M2, Figure 2). It is likely that the PBoC sees little reason to intervene excessively, due to the limited potential effects of additional monetary stimulus. In addition, the PBoC has been concerned about high debt levels. We have been expecting a generally stable financial system, although there may be some bank bailouts to come.

We expect the PBoC to maintain the 1-year lending and deposit rates at 4.35% and 1.5% respectively. Meanwhile, we see little changes with the 7-day reverse repo rate and the 1 year medium lending facility, currently at 2.9% and 3.3% respectively. The rate that China will tweak the most is the newly-introduced loan prime rate. We expect three cuts of 5 bps over the next 15 months, bringing the rate to 4.05% by end-2020. We also forecast five more reserve requirement ratio cuts by end-2020, designed to improve liquidity. Overall, these signal at policy stability with a bias toward accommodativeness. The Bank has also encouraged lending from stronger big banks in 2019. This can sustain overall credit growth, while still allowing some repair and restructuring in the second-tier banks and shadow banking system.

We interpret China’s pledge of currency stability as gradual CNY weakness, particularly against the USD. China supported the CNY extensively in May to June and in August as the offshore CNY (CNH) led the weakness (Figure 4). This is mainly done through stable daily currency fixings. However, it also showed willingness in May and July to allow the currency to weaken as it allowed the currency fixing to move. Between now and end-2020, we see China allowing two to four rounds of currency pressures (mostly when the U.S./China trade war escalates) to move USDCNY higher to 7.40 end-2020. These should help to keep monetary conditions accommodative as China’s current account surplus fades in 2020 and GDP growth faces further downside risks. 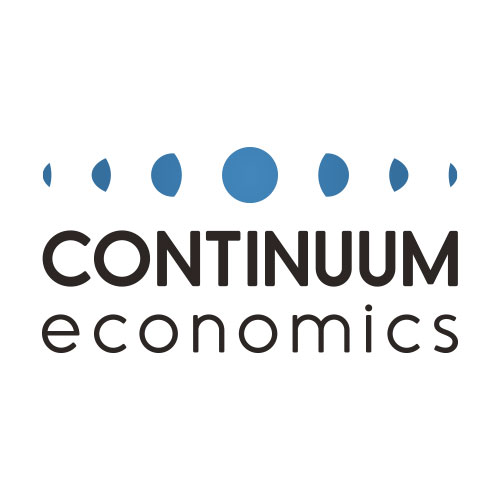 Topics
Asia/Pacific China People's Bank of China Central Banks Policy Insights Economic Data
4Cast Ltd. and all of its affiliates (Continuum Economics) do not conduct “investment research” as defined in the FCA Conduct of Business Sourcebook (COBS) section 12 nor do they provide “advice about securities” as defined in the Regulation of Investment Advisors by the U.S. SEC. Continuum Economics is not regulated by the SEC or by the FCA or by any other regulatory body. This research report has not been prepared in accordance with legal requirements designed to promote the independence of investment research and is not subject to any prohibition on dealing ahead of the dissemination of investment research. Nonetheless, Continuum Economics has an internal policy that prohibits “front-running” and that is designed to minimize the risk of receiving or misusing confidential or potentially material non-public information. The views and conclusions expressed here may be changed without notice. Continuum Economics, its partners and employees make no representation about the completeness or accuracy of the data, calculations, information or opinions contained in this report. This report may not be copied, redistributed or reproduced in part or whole without Continuum Economics’s express permission. Information contained in this report or relied upon in its construction may previously have been disclosed under a consulting agreement with one or more clients. The prices of securities referred to in the report may rise or fall and past performance and forecasts should not be treated as a reliable indicator of future performance or results. This report is not directed to you if Continuum Economics is barred from doing so in your jurisdiction. Nor is it an offer or solicitation to buy or sell securities or to enter into any investment transaction or use any investment service.
Analyst Certification
I, Kilbinder Dosanjh, certify that the views expressed herein are mine and are clear, fair and not misleading at the time of publication. They have not been influenced by any relationship, either a personal relationship of mine or a relationship of the firm, to any entity described or referred to herein nor to any client of Continuum Economics nor has any inducement been received in relation to those views. I further certify that in the preparation and publication of this report I have at all times followed all relevant Continuum Economics compliance protocols including those reasonably seeking to prevent the receipt or misuse of material non-public information.