Payrolls disappoint, with the trend experiencing a broad-based slowing. However, there are few real signs of weakness. The earnings, workweek and unemployment details are firm. 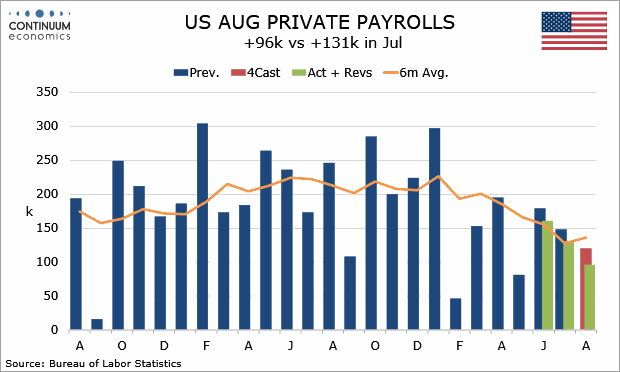 With Federal Government hiring inflated by temporary census work, the figure to watch in August's non-farm payroll breakdown was private payrolls. The 96,000 increase was clearly on the weak side of expectations, especially given the 35,000 in negative revisions. 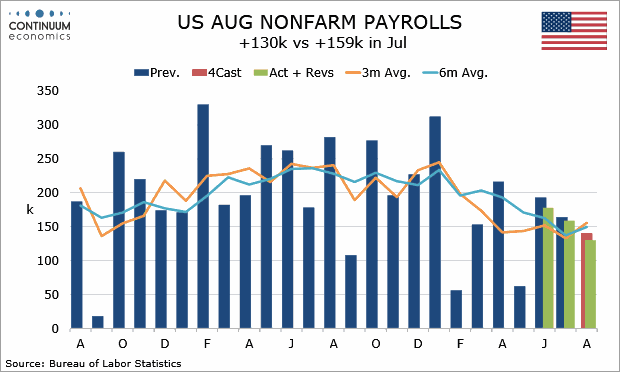 The details do not support the ISM's contrast of weakness in manufacturing with strength elsewhere. The manufacturing job gain of 3,000 was marginal and the trend has slowed, but the data is still positive. Mining saw a third straight negative print at -5,000 while construction rose by a modest 14,000. 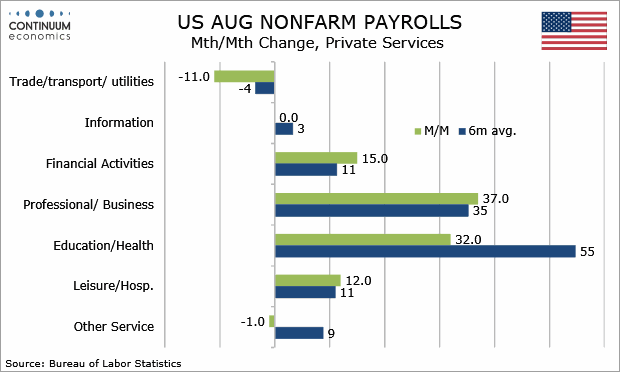 Private services rose by 84,000, but retail at -11,000 marks a seventh straight decline, contrasting positive hints in the ADP data. Meanwhile, education and health at 32,000 corrected an above-trend 71,000 surge from July. On the more encouraging side, temporary help, which is often seen as a leading indicator, experienced its first rise in four months and its strongest gain in over two years. 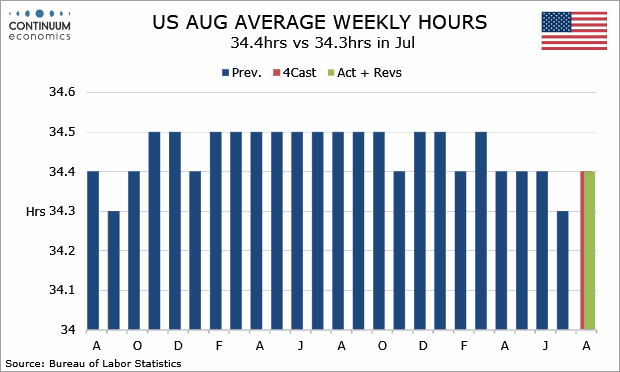 The fact the workweek recovered from a July figure that was the weakest since a hurricane-impacted September 2017 supports the notion that there are few glaring signs of weakness in the generally disappointing payroll numbers. Still, at 34.4 hours, the workweek remains below levels seen in most months of 2018. 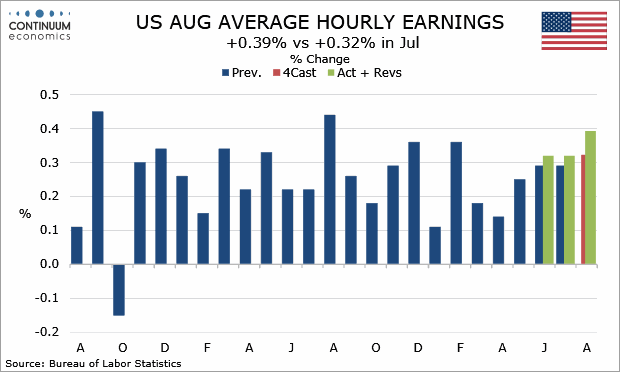 Average hourly earnings were stronger than expected with a 0.4% increase. And while the previous two months remain at 0.3% before rounding, revisions were positive, leaving a net gain of 0.5%. 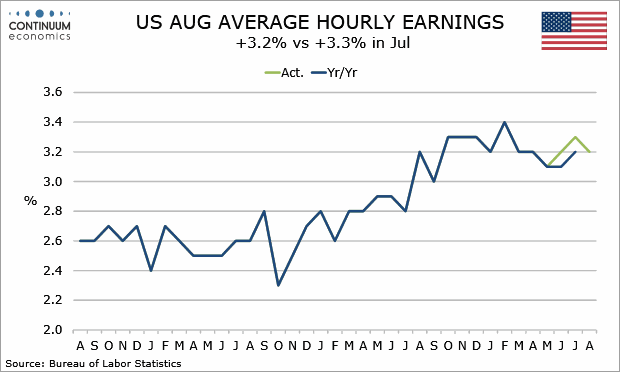 A late survey week may have supported this month's data, and the y/y picture of 3.2% remains fairly stable over the past year. However, the labor market remains tight enough to sustain moderate wage pressure. 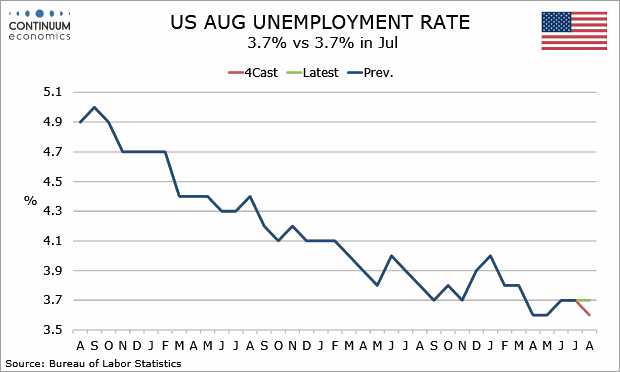 Unemployment was stable at 3.7%, as expected, but the breakdown of the household survey showed strong gains in both the labor force (571 thousand) and employment (590 thousand). The latter is well ahead of the month's payroll gain, but its 6-month average of 155 thousand is very consistent. 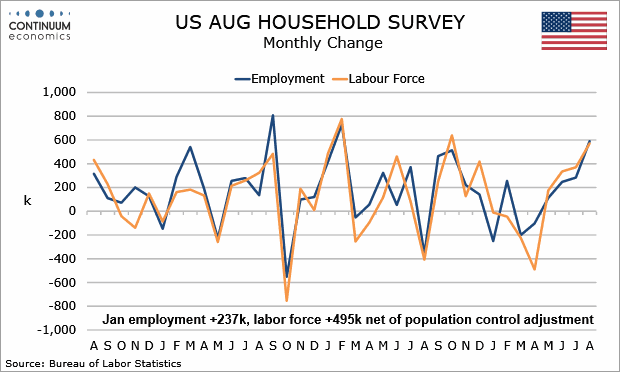