Brexit: No Middle Ground for Any Deal

Opinion polls ahead of the upcoming EU parliamentary elections underscore the futility of the current Brexit talks between the government and the Labour opposition. They suggest any “compromise” crafted in these talks is likely to alienate around two-thirds of the electorate, making it unpalatable to the UK Parliament as well.

The EU parliamentary elections on May 23 are going to be problematic for both PM Theresa May’s Conservatives and the opposition Labour Party. Opinion polls suggest together they may garner no more than one-third of the vote, which is almost half the vote they jointly “won” in the drubbing they collectively received in the recent local elections. Instead, the newly formed Brexit party (now campaigning for a hard departure) is likely to win around one-third of the vote, while the range of “Remain” parties (increasingly demanding a second referendum) poll similarly.

This would mean that even if the current Labour/Conservative Brexit discussions were to arrive at a compromise (with May erasing her customs union red line, for instance), this softer Brexit would be unpalatable to the vast majority of voters. UK Parliament, where a middle ground regarding Brexit is also looking increasingly elusive, will keep this in mind. Labour MPs, including some of the party’s hierarchy, are actually suggesting any Brexit deal would not win their support unless it came with a so-called confirmatory referendum.

This is anathema to the bulk of the Conservatives, who are instead refocusing their efforts on unseating May, either by changing party rules to allow a fresh no-confidence vote or by having her face potentially insurmountable pressure from the party’s highly pro-Brexit grassroots at an extraordinary meeting on June 15. But ditching May is likely to only accentuate these parliamentary and electoral divides, thereby making any subsequent Brexit compromise even harder to find!

Another Perfect Storm For South Africa: Load-Shedding And Strikes June 29, 2022 The Falling Star Of Cyril Ramaphosa (And The ANC's) June 27, 2022 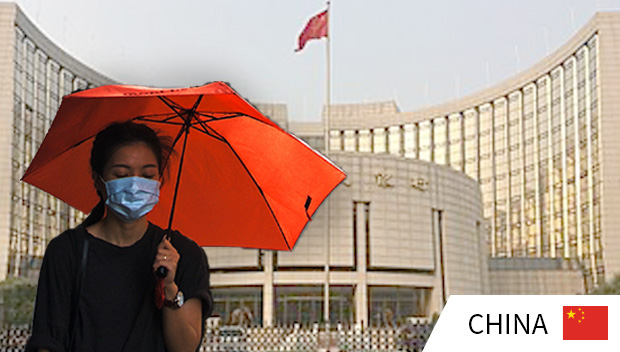 Topics
Thought Western Europe United Kingdom Politics
4Cast Ltd. and all of its affiliates (Continuum Economics) do not conduct “investment research” as defined in the FCA Conduct of Business Sourcebook (COBS) section 12 nor do they provide “advice about securities” as defined in the Regulation of Investment Advisors by the U.S. SEC. Continuum Economics is not regulated by the SEC or by the FCA or by any other regulatory body. This research report has not been prepared in accordance with legal requirements designed to promote the independence of investment research and is not subject to any prohibition on dealing ahead of the dissemination of investment research. Nonetheless, Continuum Economics has an internal policy that prohibits “front-running” and that is designed to minimize the risk of receiving or misusing confidential or potentially material non-public information. The views and conclusions expressed here may be changed without notice. Continuum Economics, its partners and employees make no representation about the completeness or accuracy of the data, calculations, information or opinions contained in this report. This report may not be copied, redistributed or reproduced in part or whole without Continuum Economics’s express permission. Information contained in this report or relied upon in its construction may previously have been disclosed under a consulting agreement with one or more clients. The prices of securities referred to in the report may rise or fall and past performance and forecasts should not be treated as a reliable indicator of future performance or results. This report is not directed to you if Continuum Economics is barred from doing so in your jurisdiction. Nor is it an offer or solicitation to buy or sell securities or to enter into any investment transaction or use any investment service.
Analyst Certification
I, Andrew Wroblewski, the lead analyst certify that the views expressed herein are mine and are clear, fair and not misleading at the time of publication. They have not been influenced by any relationship, either a personal relationship of mine or a relationship of the firm, to any entity described or referred to herein nor to any client of Continuum Economics nor has any inducement been received in relation to those views. I further certify that in the preparation and publication of this report I have at all times followed all relevant Continuum Economics compliance protocols including those reasonably seeking to prevent the receipt or misuse of material non-public information.